Today's a busy day in BoC hockey, so my post will be mostly pictures. I know our audience doesn't really like to read.

For whatever reason, the Sharks-Bruins game on Saturday ended up being a goldmine for funny pictures. Here are a few of my favorites: 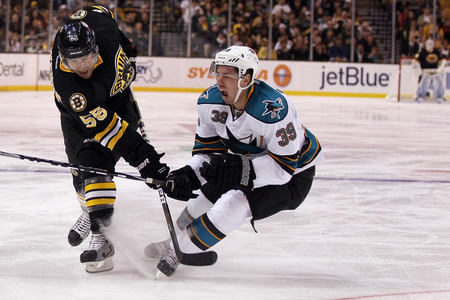 Logan Couture finally embraces his half-beaver nature, and starts biting everything in sight. 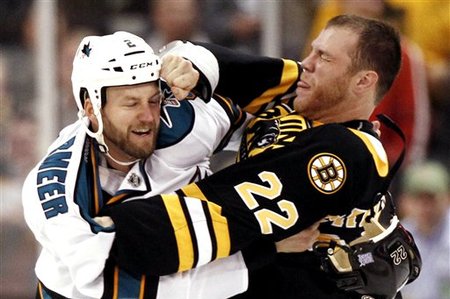 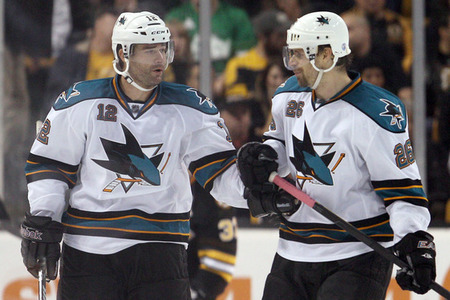 "So the doctor said that my rash is probably caused by my excessive use of dryer sheets." 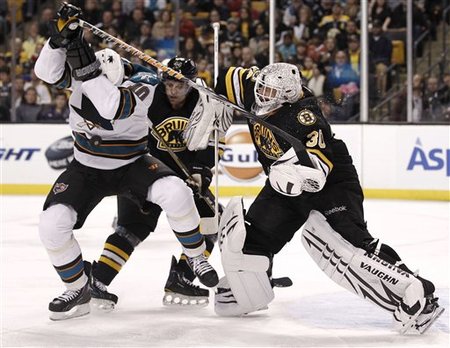 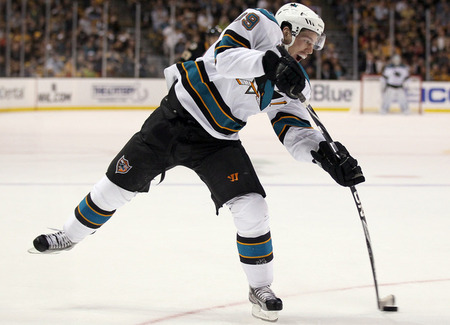 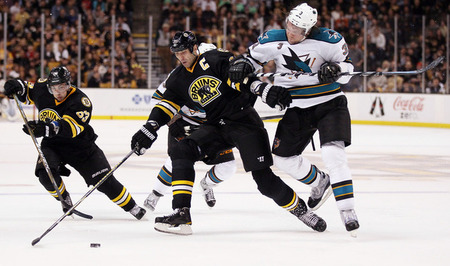 When you try to elbow Zdeno Chara in the head you really have to work for it. 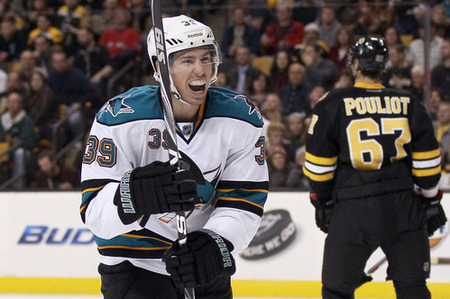 "I'm telling you guys this new rubber stick I got is so cool!" 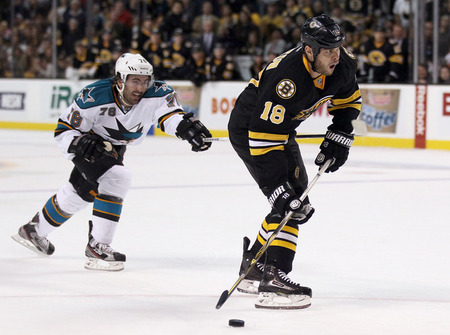 and to celebrate he's started stabbing people with his stick.

P.S.: My 76th-favorite movie is Tombstone. Rudy has already written plenty about that film on this blog, so I'll just link to a couple of his pieces.