Hooray!  October's over -- it's been the worst month of the year to be a Ducks fan since 2007's cup win, and it ended pretty sourly once again this year, but a .500 record isn't as bad as it could have been.  Still, with Anaheim's recent awful road play, I wasn't in the mood to draw a cartoon that was directly related to hockey. 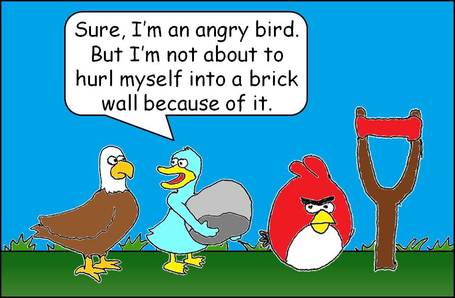 Not the best; I struggled a while for the punchline for this after drawing it.

But hey, positivity!  El Niño has been recalled from Syracuse, and I'm actually pretty excited about this.  Sure, Nick Bonino has played a total of 39 games for the Ducks in his career and only has 1 goal and 1 assist to show for it, but does a lot away from the puck that helps bolster Anaheim's forward lines.  The Ducks have an impressive 22-10-7 record when Bonino dresses (.654 win%, including both of last year's playoff wins), and I don't think it's totally a fluke.  Well, he does get one advantage over most Ducks in measuring win percentage -- both this year and last he was recalled right at the start of November.  He has yet to play an October game for the Ducks.

Pretty much immediately after the Ducks' humiliating loss to the Blue Jackets, I was slated to appear on HOCKEE NIGHT's podcast -- pretty awful timing.  But as I allude to in the show, I think that's becoming an annual tradition.  I believe I was a guest last year after a humiliating loss to the Maple Leafs.  I haven't listened to any of it since it happened, but I was pretty happy afterwards that they didn't force me to talk much about the Ducks.  It's sort of Blackhawks-centric, but for Sunday evening at least, that was just what I needed.

Prediction: The Capitals are a good team, which is a pretty good sign for the Ducks -- they have a tendency to play up or down to whoever their opponent is.  Ducks sneak an overtime win today -- goals by Fowler, Gordon, Perry, and the winner by Lubo.  El Niño is held without a point.