Once upon a time, there lived a duck and a king. They were neighbors who grew to despise each other, especially once the duck started experiencing success. The king fumed with jealousy. 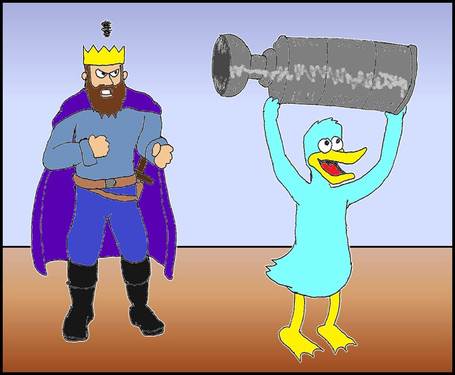 Finally, he decided to express his rage to the Hockey God, who decided to help the king out.

The Hockey God allowed the king to look into the magical Book of Curses to exact some sort of revenge. "But beware," warned the Hockey God. "Revenge can feel sweet, but it may cause your own undoing as well. Cast a curse at your own peril." 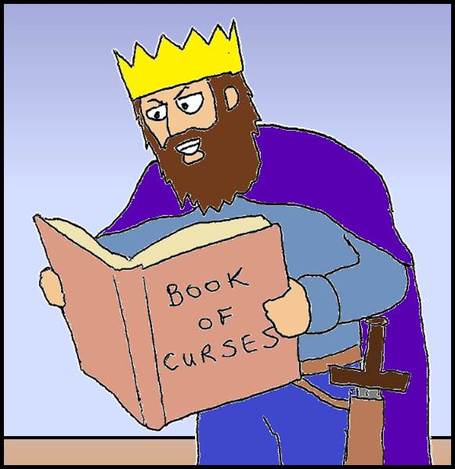 The king was committed to his anger, though, and found a curse that seemed perfect for his task. The Curse of Past Possessions would render anything that the king used to own useless for the duck. "Now the duck will truly suffer," sneered the angry king. 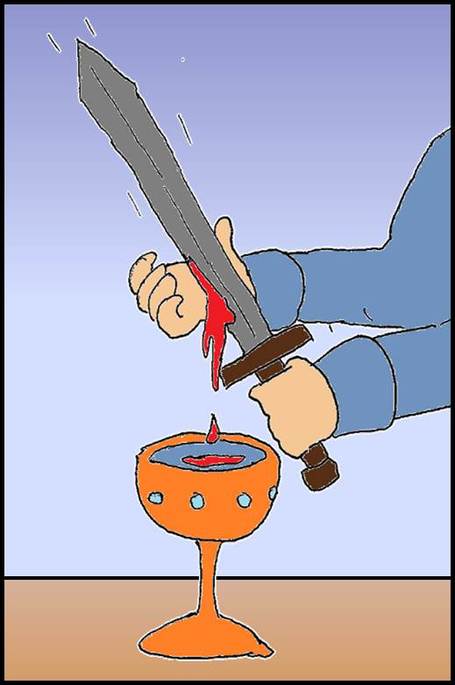 The king chanted the curse and then spilled some of his own blood into the chalice of pain. And instantly, the curse took effect. The Wand of the Rat, which once had belonged to the king, was stripped of its power. So too was the Mustached Cloak of Parros. And even the Sword of Lubomir -- all which had once belonged to the king was cursed. And the duck suffered.

In desperation, the duck himself sought council from the Hockey God, who instructed the duck in how to end the king's curse -- he had to acquire one other former possession of the king. Once that was accomplished, then the king's other possessions could regain their power.

So, the duck acquired Coach Kirby, which had once belonged to the king. 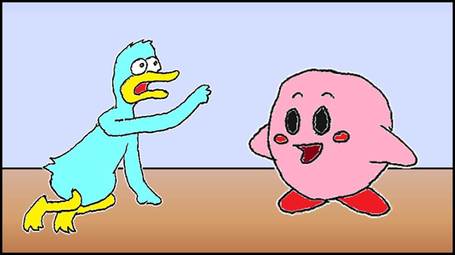 And while the suffering did continue for the duck, his fortunes were slowly righting -- the Mustached Cloak of Parros regained its power, along with the Sword of Lubomir. And the Wand of the Rat wasn't too far away...

In the meantime, the king was forced to mirror the duck's actions, except instead of acquiring a former duck possession, he found something that a nearby shark used to own. 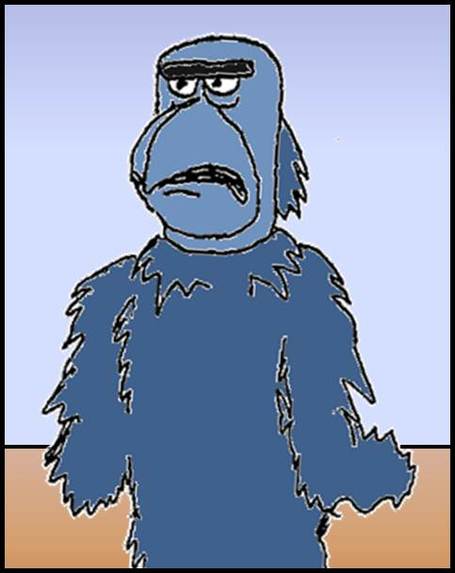 And thus the curse was passed onwards. Or something. :)