As previously discussed, Wild fans hate stats. It's hard to blame them though - I would hate stats too if they looked like this for the Sharks. It's impossible to deny the team's performance so far however - they're leading the league in points as I write this. So there's this big disconnect between statistics and outcome for the Wild, and the whole thing has intensified the rivalry between Wild fans and the stat-heads over at Copper and Blue, the Oilers blog. As an outsider my view is this: I like it better when the Wild and Oilers are both crappy teams, so I'll use whatever stats or gut feelings I have to in order to make them look bad. I don't want to live in a world where either of those teams is the best in the West.

One statistic I really like (when it favors the Sharks, anyway) is Clear Victory Standings. Quite simply, Clear Victory Standings show how well teams are performing in games where the margin of victory is two goals or more. This is a useful measure because games decided by one goal can often be attributed to a lucky or unlucky bounce, so eliminating them from the standings is a way to get a better look at how good teams really are.

Here are the Clear Victory Standings for the West as of Monday afternoon, shamelessly copy-pasted from Copper and Blue:

The Sharks are doing okay but not great. The Blues are doing surprisingly well. The Kings and Wild are both not very good. The Ducks are horrible.

That all seems accurate to me.

Sorry everyone. I'm feeling a little bit under the weather. I've got this pain in my chest - like heartburn but worse. It's awful.

Ah well, I'll just tough it out. After the jump I'll take a deeper look at some serious stats. 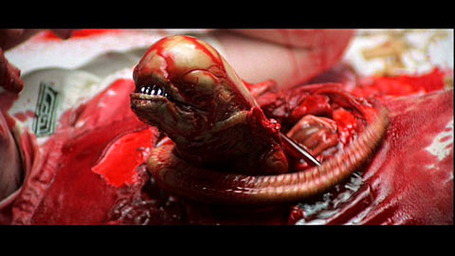 Prediction: Danger. The emergency destruct system is now activated. The blog will detonate in "T" minus ten minutes.

This post brought to you by my 59th-favorite movie, Alien.