Ducks Gameday -- what is Pacifically wrong with the Capitals?

Share All sharing options for: Ducks Gameday -- what is Pacifically wrong with the Capitals?

The Capitals are an underwhelming 3-7-1 against the western conference this season, and they haven't won (or scored more than two goals) against a western opponent in their last seven tries.  And it's worse against the Pacific Division, obviously -- the Caps haven't bested a Pacific team in more than a year, and they're currently on a 3-game losing streak, all against Pacific Division teams.

I'm not really going to spend too much time dissecting this Caps' Pacific struggle, though -- mostly I just hope it continues for one more night. 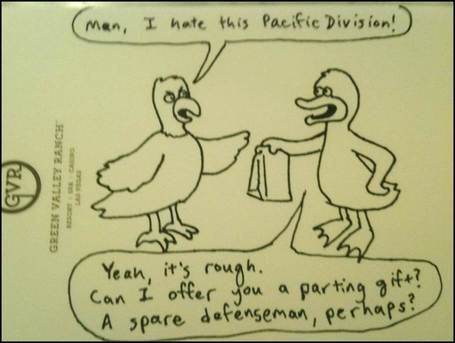 I've been doing a lot of Excel work lately at work, so I thought I'd use that to take a look at how Carlyle has juggled his seven dressed defensemen over the last two games.  My source is Vic Ferrari's NHL Head to Head Icetime website, which tracks who players play with and against at 5-on-5 hockey.  I'm not sure these results are too significant, but still, here's who each Duck defenseman paired with at 5-on-5 over the past two games (the numbers represent minutes played together): 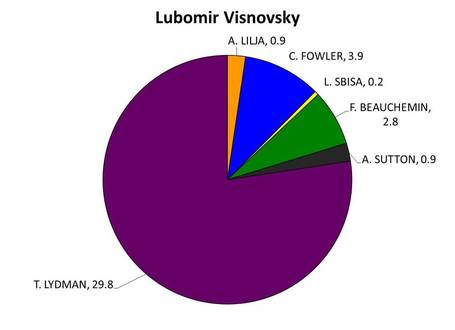 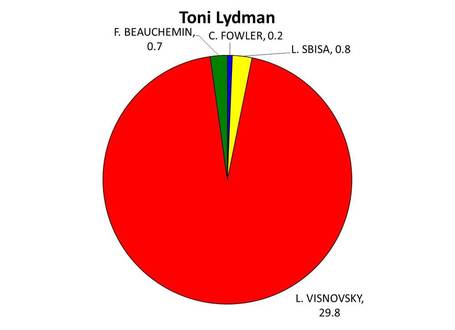 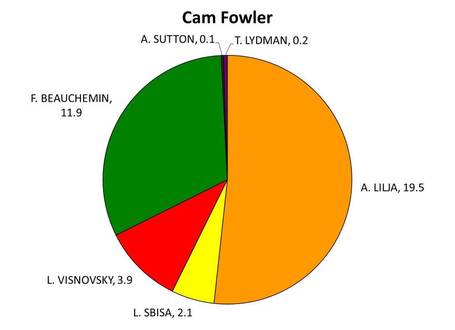 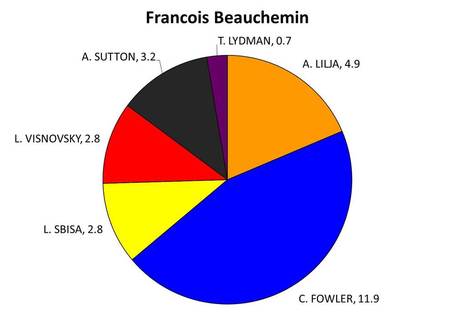 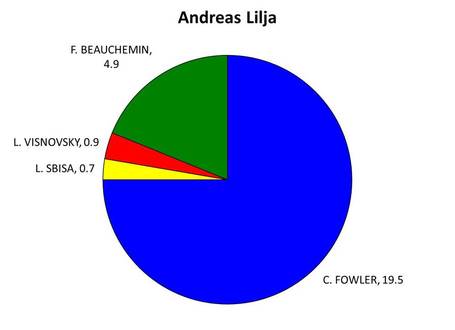 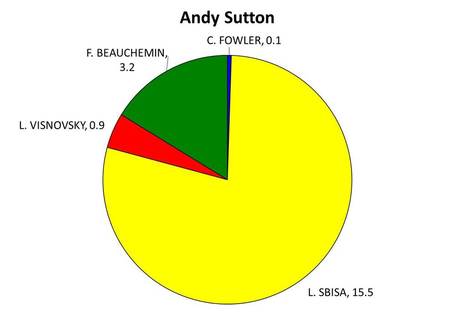 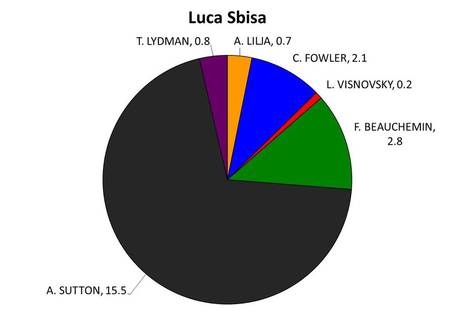 Generally speaking, Carlyle has stuck largely with the Lubo-Lydman pairing plus the Sutton-Sbisa pairing, and Fowler, Lilja, and Beauchemin have been sort of mixed together for a three-man second pairing.  I'm not really sure how long we'll be playing the seven-defensemen game, but it is sort of interesting to see how it works mechanically, at least.

Prediction: The Capitals finally beat a Pacific Division team ... at the Shark Tank tomorrow night.  :)  As for tonight, the game is on FSW again, so I should be around for game comments from the hotel room.  Ducks 4, Caps 2.  Goals by Frenchie, McMuffin, Teemu, and Baldy.