Yep, the Kings have been pulling a Ducks recently, somehow pulling a win out of their ass despite getting pinned in their own zone for great swaths of time. The Kings have been averaging 22 shots a game, which is terrible. They've also been giving up 31 shots a game, which is above their season average. They're not getting cheap goals; all their goals are skill goals, which is great but you can't win consistently just through skill.

The Kings are getting fast-break opportunities and have been converting them but they're not getting a cycle going at all. it's a part of the battle between Terry Murray's desire to open up the game for fast breaks and close it down to get shots from the point. The Kings were often too structured earlier in the season; now they're too open and can't create opportunities out of nothing. They need to tighten up.

The good news is, the Kings are playing probably that team of morons from Anaheim so they should be able to pour some shots on goal tonight. Hell, Ryan Smyth might even be able to win a board battle ton- wait, he just fell down. 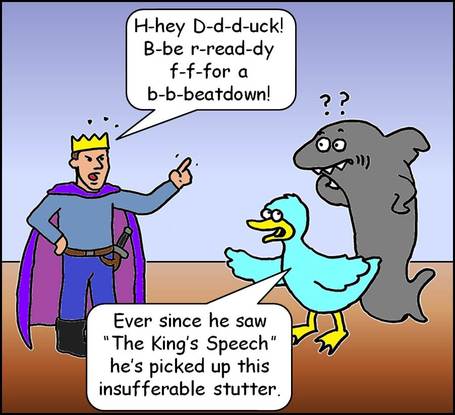