(Author's note: In a bizarre twist of fate, my esteemed co-blogger Megalodon is off to Vegas this weekend, and I'm left to do the work around here.  Just one post for tonight's game comments -- enjoy!)

What a crazy western playoff race it's been this year -- Ducks, Kings, and Sharks have been murdering opponents down the stretch, and yet a lot of western teams have been doing exactly the same.  The out-of-town scoreboard has been relentless, and it's probably driven some of these western teams to play even better hockey just to keep pace.  The result?  Insanity.

Amidst all this frenzy, though, BoC Collective saw its best month since the lockout -- for the first time in probably ever, all three BoC teams picked up 20+ standings points within the same calendar month.  Hooray!

Favorite BoC opponents of the month?  Calgary (BoC collective record: 4-0-0), Colorado (4-0-0), Detroit (3-0-0), and Dallas (5-1-1).  Least favorite opponent was easily Vancouver (0-3-1), the only team in March who went undefeated against the BoC trifecta.  Indeed, all three BoC teams have been finding ways to win games throughout this crucial month, and as a result, it's looking like there will be three California teams in the postseason, compared to a meager two from poor ol' Canada.  How aboat that, eh?  :) 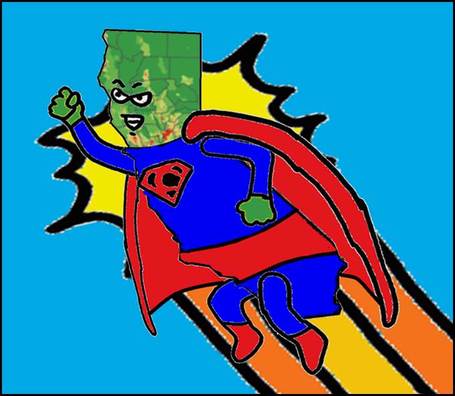 And now, almost just for fun, this all this comes to an end-of-the-season divisional boil.  Each team has five games left to play, and there will still be two Ducks-Kings games, one Kings-Sharks game, and two Ducks-Sharks games (including tonight) before playoffs begin.  It's cool that nobody's postseason hopes will be particularly riding on these game results; should be some good high-energy hockey that hopefully tunes the teams up for postseason intensity.

After the jump, the next four highest-ranked BoC-dominant months since the lockout, plus as a bonus, some Sharks-Ducks photos from PJ.

Here's the four next-highest BoC post-lockout months, sorted by overall win percentage.  Note that I excluded playoff results but did not exclude intrastate games.  You'll see a lot of Sharks dominance below; in months that BoC does well, they do really well.

Congratulations to all three teams -- way to dominate in a very exciting and important month.

I took these photos on November 9th, ANA @SJ (ANA won 3-2 in OT), but when I got home I walked my brother's 205 pound great dane before writing about the game.  While running in the park he wiped out and crashed into my knee full speed.  Took a month and a half for my sprained knee to heal.  Probably the dumbest injury I have ever had. 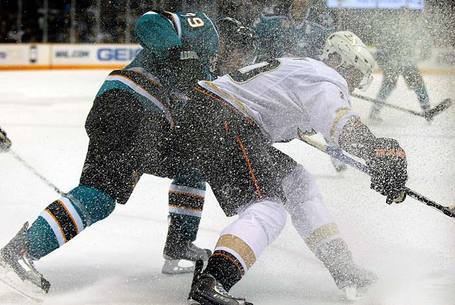 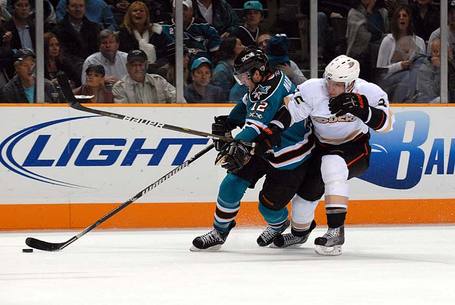 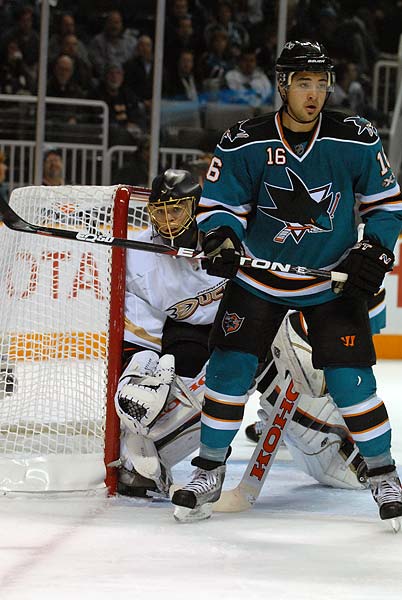 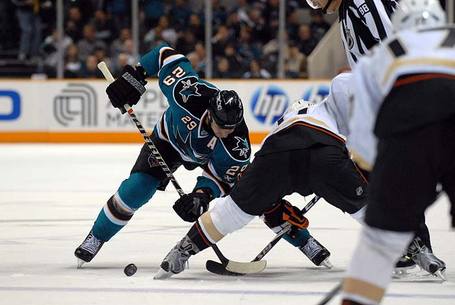