Okay, I'm going to write up a hockey movie review, and it's going to be nothing like Meg & Rudy go to the movies.  Because while they're watching bad movies so that you don't have to suffer through them yourselves, I'm doing the opposite.  I'm recommending that you watch this flick.  Yup, this one: 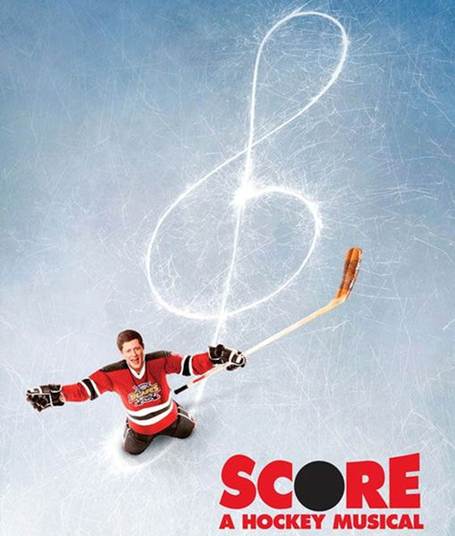 And yeah, there will be some suffering for a lot of you, especially if you already hate the very idea of a hockey-based musical.  For your benefit, I'll just list some of the tough stuff early.  The love story is pretty darn sappy.  Hockey players do lots of singing and choreography, sometimes in the middle of hockey games, and it's not always carried by the strongest voices.  There's problems with the story's resolution.  And at its core, it's basically a tale that's been told a million times before, this time with a Canadian twist.

But man, the charm!  Admittedly I am a bit of a softie when it comes to this whole musical genre, but I originally went online just to get a flavor for the movie, and I ended up getting hooked for the whole thing.  Twice!  Because beneath the campy songs, there's two love stories being told -- a guy and a girl, of course, but also a nation and its sport.  And I really enjoyed them both, songs and everything.

The film tactfully starts with the Canadian national anthem, but a children's choir countermelody is soon intertwined.  It blends together nicely, but it's the first of many instances where hardcore tradition is given a bit of a twist.  This becomes a bit of a theme -- as the old-school mentality of hockey get challenged, and as different characters come to grips with this, can you, the viewer, similarly come to grips with the horrifying idea of turning ice hockey into the basis for "High School Musical, Eh"?  We shall see. 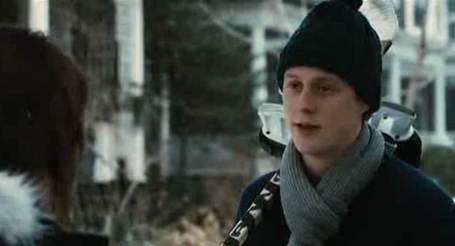 Meet Farley Gordon, a 17-year-old homeschool kid blessed with amazing puckhandling skills.  He is raised in a household that despises the competitive nature of team sports, so he only plays non-contact pick-up games on the ice near his house.  As a result of his homeschooling, he's obnoxiously educated and adorably sheltered, and he's not afraid to sing about it, either.  He doesn't gamble, he doesn't swear, he quotes Gandhi, and he steadfastly corrects mistakes in other people's grammar -- basically he's a Canadian version of Megalodon.

Within two songs, we learn three important things about the course of this movie:

1. Farley's on-ice skills are off-the-charts good, but he doesn't particularly enjoy winning or even keeping score.  His thrill comes from simply playing the game.

2. Next-door-neighbor Eve has been his best friend since infancy, and by now she's developed a secret crush on him -- this will obviously take the rest of the movie to resolve.

3. Pretty much every plot development in this movie will be advanced by singing about it.

But don't fret too much -- I've compiled a list of five characters you will appreciate in this movie, even if singing's not your thing.  I really liked the performances out of all of them.  It's fortunate that these represent the sources of pretty much all Farley's conflicts as he begins organized hockey -- had any of these key characters been less strong, the movie would have definitely suffered.

1. The Concerned Parents Who Hate Hockey 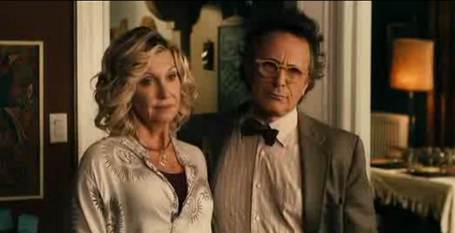 To understand Farley's character, you have to take a look at the two nut jobs that raised him, and these two handle that overprotective role well -- a nutty professor and a hippie mom, or something.  The quirky duet is a constant source of parental naysaying throughout Farley's growing interest in hockey, as they can't stomach the on-ice violence and would much rather he invest his time in intellectual pursuits.  Plus Farley's father was once flattened by a hockey player as a child and has hated the sport ever since -- he sees no value in it at all.

2. The Best Friend With A Secret Crush On You 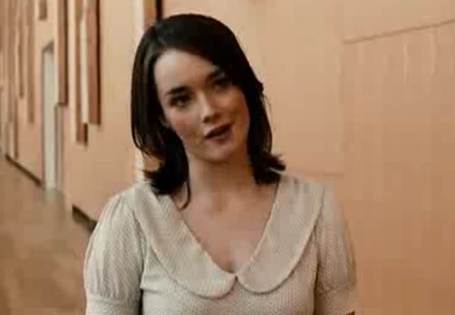 Eve's constantly adorable in this movie, and that's crucial -- there's loads of songs between her and Farley as their relationship grows strained by hockey and her one-way crush.  She's also a quirky product of homeschooling, which helps solidify her BFF status with Farley -- they even worked up a cute little rope contraption so they can knock on each other's window when they need to talk sing things out.  Eve encourages Farley to give organized hockey a try, but as he gets caught up in the excitement of it all, she gets more and more overlooked.  Which is a shame -- she's great.

3. The Coach Who Just Doesn't Want To Play You

Coach Donker was my favorite character in the movie -- the old school coach who wants nothing to do with the new "buttercup" recruit.  He starts every scene pissed off and generally gets more angry as each scene goes on -- it's hilarious how well his face can exude pent-up anger.  He is forced to play Farley by the owner despite his protests, and he especially goes crazy when Farley refuses to throw a punch to defend the team's honor.  More than anybody, Coach Donker represents the traditionalist viewer who's pissed off they made hockey into a musical -- not under his watch.

4. The Enforcer Teammate Who Swears By "The Code"

The tallest guy in the photo, the Moose is the first one to ever lay a massive shoulder check into poor Farley, but later becomes the kid's on-ice protector.  Even as Farley becomes the team's star, the Moose remains the team's soul -- when the Moose accepts the kid as a teammate, the rest of the team accepts him, too.  But when Farley refuses to throw a punch, that becomes too much for the Moose to handle, and the enforcer is plenty eager to singxplain why -- his lyrics are great. 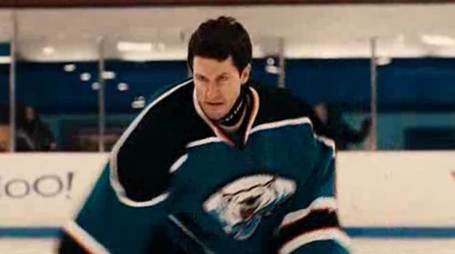 Sure, he's only in like two scenes, but he has four awesome goalie names: Jean Luc Pierre Henri, and his on-ice antics did have me laughing the hardest.  Watch out -- he's got a terrible glove hand, but if he gets scored on too often, he starts slashing and punching!  He's basically a Frenchier version of Rudy Kelly.

So anyways, the story follows a fairly predictable pattern.  Farley's hockey talent gets him recruited by the owner of the Brampton Blades, and once he joins the team he has a lot of innocence to shed -- he's never even worn standard equipment or dealt with full contact before.  And he certainly doesn't really understand the juvenile locker room bonding that his teammates constantly exhibit.

But success comes quickly -- his teammates begin to appreciate his homeschoolish silliness, fans cheer his scoring abilities, and he soon he becomes a nationally-marketed frontrunner for the next entry draft.  While Farley is lured into some of the temptations of success, it's really the principle where he doesn't compromise that causes his undoing -- for the life of him, he can't comprehend the role of fighting in the "hockey equation".  After he embarrassingly refuses to participate in a bench brawl, everything begins to turn south on him.

Coach Donker and his teammates are incensed that Farley won't abide by The Code and defend himself, and they sing him a spirited song to tell him so.  They stop protecting him on the ice and turn a blind eye while opponents throw dirty slashes and checks.  His once-fans mock and boo him even as he continues to score, and the national media is outraged by his pacifism.  All the while, Farley is falling more out of touch with Eve and with his own parents, and he's unhappier than ever.  He begins to blame the sport of hockey as the source of all his problems -- how did this simple backyard game turn so viciously on him? 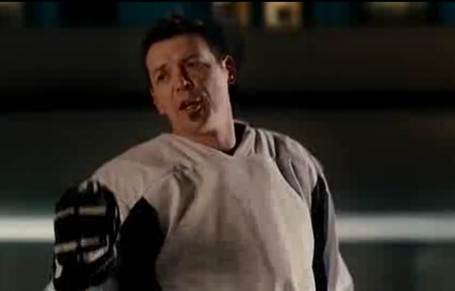 By the time Theo Fleury makes his inspirational appearance, you'll have long decided whether you like or hate this movie, and even though I loved it, I'll admit there is a decent chance you won't -- I know plenty of people who can't stomach musicals at all.  But even if you'll hate it, I think you still should watch it.  Because even though it's loaded with sappy love story and musical elements, it's really a celebration of hockey itself.  The on-ice scenes are well-shot, there's plenty of hockey humor to chuckle at, and the movie never half-asses at any point.

And sure, campy music and choreography don't hold to the serious traditions of hockey, but that's sort of the point.  The old school doesn't last forever; the sport Canada loves does evolve, and even as the NHL business machine complicates hockey with its lockouts and salary caps and franchise relocations and whatnot, the love of the sport carries us through.  Hockey, hockey!  Greatest game in the land!

Thanks to Doughlarbear for convincing me to watch it -- I liked it a bunch, and I think some of you will, too.