Kings Gameday: The Best & Worst Of The Puppy Bowl 2012

Share All sharing options for: Kings Gameday: The Best & Worst Of The Puppy Bowl 2012

Yeah the Kings are playing the Canucks tonight but who cares? 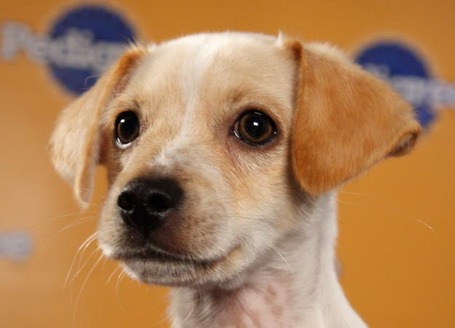 Look at this little guy! Perfect ears, Solid whiskers, those "do me" eyes... gotta tell ya, this pup's got it all. Plus, Fumble's a pretty underrated name. A good way to tell if a dog has an awesome name is if you can't yell it without smiling. Try yelling, "Goddammit, Fumble, not on my duvet!" and try not to smile. You can't do it! Can't be done. 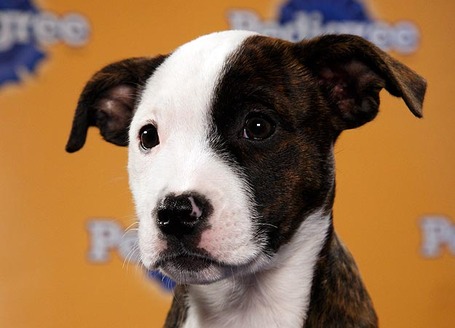 Hahaha you look stupid, Brandy. You look at the yin and you think, "Wow, there's no way that dog could look stupider," and then you see the yang and you're like, "Welp." Go ask your heathen gods for a new face, Brandy, and then kill yourself. 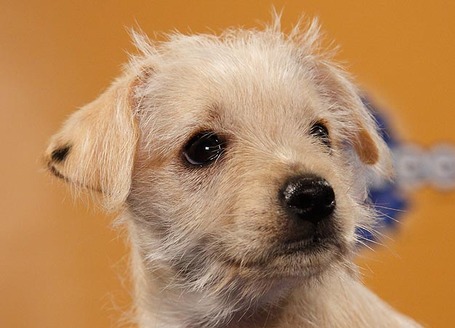 I didn't like this dog that much at first (way to spell your name wrong, dipshit) but then I read her bio and I was sold:

I'm being completely honest when I say that I laughed at that for a solid 5 minutes. I'm still chuckling. Just imagining Eurika running around and suddenly realizing, "Oh shit, my show's on!" and then turning on the tv with her little paws so she can watch the wonderful adventures of David Boreanaz and The Ugly Deschanel fills my heart with glee. She probably doesn't really get any of the science but she just wants to see those two crazy kids get together. Are they together? I don't know, I don't watch stupid shows made for dogs. 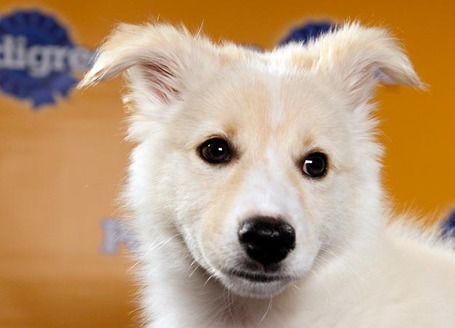 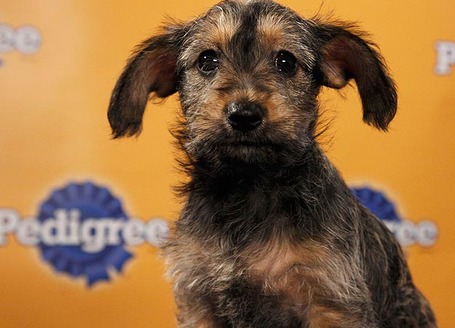 Fuck. Yes. This dog has been through some shit and gives no fucks. Look at his hair, you think he gives a shit what you think? I want to party with this dog. Anyone got any peanut butter? 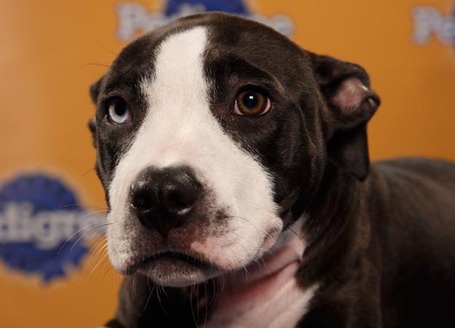 I'm calling shenanigans. Seriously, how the fuck is this dog allowed to be in the game? You're going to have tiny little Fumble (haha, Fumble) up there running out routes and then you'll have Mike Vick's Revenge here ripping throats out. I think she has a contact in that lets her better rip throats out. I don't know how that works, I'm not a vet, but it seems plausible. Fuck this ringer dog. I hope it gets zapped by something in its life. 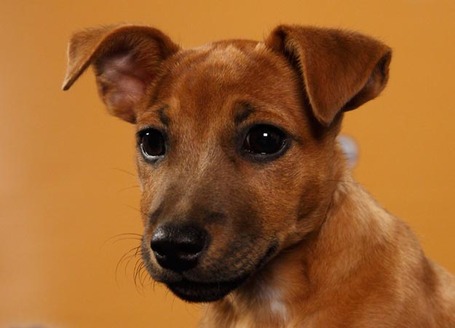 OH MY GOD, I would give a million dollars to play with this dog. Fucking look at him. That is the best looking dog I've ever seen. I showed Maggie a picture of him and she instinctively presented herself. Then I told her that she's too ugly to ever get a dog like this and maybe she should fix her fucking ear so that they look awesome like Baskin's and she ran away whining. Whatever. Fuck you, Maggie, I have a new god now. A god named Baskin. 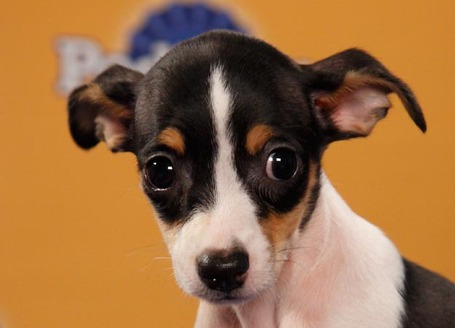 I hope Joni Loves Getting Mauled By Malie because that's what's going to happen. Fuck you, Joni! You suck!

Prediction: "Hey, what teams are these dogs on? How do they score points? You know, I don't think this is a real sport at all!"