This cartoon isn't so much based on reality as it's based on the way I wish things were: 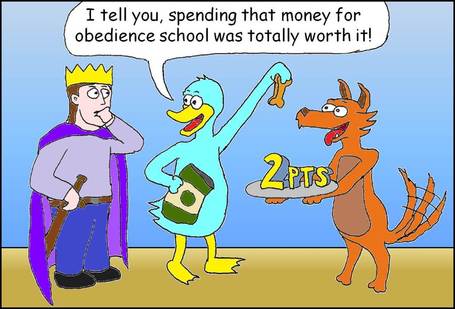 Certainly not the best effort, but that's because I spent most of my morning putting together a data table. Hooray! :)

Well, it's now been 20 games under Coach Kirby -- let's see who's been scoring for him. 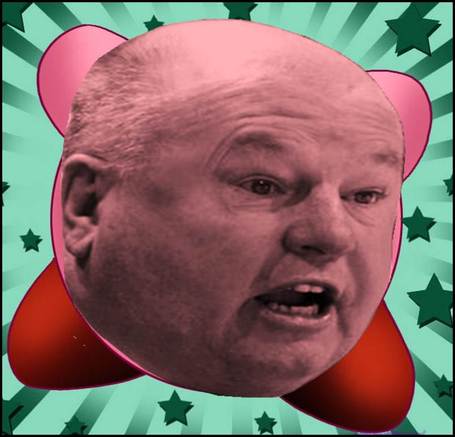 1. Teemu Selanne is awesome as ever, but so is Saku Koivu! Koivu is not only better than point-a-game under Coach Kirby, but he's a +12 in twelve games since Boudreau took over, too. Suomi!

2. Bobby Ryan is tied for second in Kirby scoring despite only picking up one power play point during the Boudreau era. He has definitely picked up a few just-after-power-play-ends points, but he is a pretty remarkable even-strength goal producer.

3. Ryan Getzlaf is doing a little better lately, but he's still not excelling yet. Interesting that he has only two fewer shots-on-goal than Bobby Ryan, though. Corey Perry is shooting a ton -- he nearly has as many as Getzlaf and Ryan combined.

Feel free to throw your own observations in the comments.