There is an excellent chance that Benn Ferriero can do a better British accent than Keanu.

If you are at all interested in the American electoral process, 538 is the best blog around. It's basically advanced statistics for elections - it's dedicated to throwing out the traditional old election analysis that doesn't actually work and replacing it with statistical models that are more predictive and closer to the truth. A good intro to the blog can be found in a recent post that looks at the smartest and dumbest columns featured on the blog during 2011. It's a chance for the blog's writers to congratulate themselves for their most insightful work while also admitting their own failure during the past calendar year.

My post today will be sort of similar, in that it will be a 100 percent rip-off of the idea.

Here are my smartest and dumbest posts of 2011.

The headline on the Sharks website linking to the summary of the Los Angeles game said "Sharks Crown Kings." Hockey writers use this phrasing every time the Kings lose, so it happens a lot. Rudy and I have discussed this before, but it bears repeating: this doesn't make any sense. Hockey writers: please stop using the word "crown" like this. At BEST it's nonsense. At worst it sounds like you mean the exact opposite of what you are trying to say.

Is "nit-picky jerk" a valid writing style? I hope so, because I love it. In this post, published on January 3rd, I go through the different possible definitions of the verb "crown" to demonstrate how little hockey writers know about the English language.

It is impossible for us to truly know what "winning" means, as the word can only be defined in relation to its opposite, "losing," a word which in turn only exists as part of a binary opposition with "winning." The terms thus serve to annihilate one another, and we are left with a contest in which two teams strive in blind idiocy against one another for an unattainable, indefinable goal.

This post featured me applying what I learned in college studying literary criticism to press quotes from Sharks players. I think I originally intended this post to be the first in a series in which I tried out different styles of literary criticism on hockey articles. I'll probably return to this someday. If you are at all interested then say something in the comments. 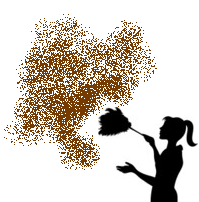 I made a bunch of little picture-puzzles with hockey player names as the answer. It may not look like it at all but this post actually took a ton of work. It can take fifteen minutes to think of a puzzle that it only takes someone two seconds to solve.

Dan Boyle is very strong in the anagram department, with other possibilities including "Ably Done," "Noble Day," and "Ebony Lad."

At the start of the playoff series against the Canucks I had fun creating anagrams out of player names from both teams. I was going to continue this throughout the series but I lost interest almost at once. It's hard to get enthusiastic about word play when your hockey team is in the process of getting eliminated from the playoffs.

What is Luck, Part 1

Luck was seen by the Ancient Greeks as an aspect of Fate. Luck was represented by the gods Tyche and Nemesis. Tyche (also known as Eutykhia) was the Goddess of good fortune, while Nemesis was the goddess of "fair distribution," and provided a balance against the riches good luck could bestow.

Attention NHL Advanced Stat nerds: Nemesis is the Goddess of regressing to the mean!

This one was just written a few weeks ago. It's full of interesting facts about history and religion. I'll be honest: I only wrote this as part of my ongoing scheme to register our blog as a school and get federal education funding.

Come Wednesday morning, they’re gonna name it 'National Clowe League' instead of 'National Hockey League.' DUH. Winning. And it’s not convincing anybody. It’s like guys, it’s right there. NHL.com. 201 points and 371 PIMs in 303 career games. A ton of success. I mean, come on bro, we won the President's Trophy in 2009. I wasn’t even trying. Wasn’t even warm.

In retrospect this post looks really hacky. I was making Charlie Sheen jokes? Really? In my defense though, I honestly was one of the FIRST people to reference Sheen's first crazy interview. After I wrote this our blog was getting a bunch of hits from people searching Yahoo news for the interview because I wrote this post about two days before the story became huge, and about a week before all right-thinking people were sick to death of Charlie Sheen.

Issue #5: Sometimes bloggers get lazy or can't think of something to write about and just throw together some half-assed BS at the last minute.

This is a deeply shameful practice.

While this individual post isn't too dumb on its own, it's a good example of the kind of garbage I write when I'm not smart enough to plan ahead and put actual work into something.

It was a ghost Zamboni! A white Zamboni, covered in mist - and driven by a skeleton!

I personally loved this post, and I think that there are probably half a dozen people out there who really enjoyed it as well - but that's nowhere near enough enjoyment to justify the amount of work it took. Most people just didn't seem to care about this post, which brought a swift end to my planned fifty-part series rewriting Goosebumps books to be about hockey. I think the problem here is that to really appreciate this post a reader needs to be 1) Within a very specific age range (probably 24-30 or so) 2) Someone who read a lot when they were a kid and can remember stuff they read years ago and 3) Someone who enjoys parodies. I realize now those categories don't apply to a lot of people who read our blog.

If you people piss me off, I reserve the right to resurrect the Hockey Goosebumps series with a vengeance. So watch out.

Things Brent Burns has in common with the planet Venus:

-Primarily composed of carbon and oxygen.

-No evidence of plate tectonics.

-Covered in clouds of sulfuric acid.

What can I say? July is hard when you are a hockey blogger.

Demers and White: Our youngest defenseman paired with our second-oldest, these two together shall be called Harold and Maude.

I love the Picklesnake nickname (and I'm not the only one) and I'm proud I came up with it, but it's definitely dumb. That's part of the charm. Additionally, the little semi-post I threw together just as an excuse to include PICKLESNAKE is just horrible. Sorry everyone.

My New Year's resolution is to keep the overall quality of this blog exactly where it is now. That means that if Earl sticks to his resolution to be a better blogger I'm going to need to get a lot worse.

It will be tough, but I think I can do it.

Prediction: The Canucks and Sharks always play exciting games, which the Sharks almost always lose. I'd be fine with a boring victory tonight.