Ducks Gameday -- The Cost of Winning

Share All sharing options for: Ducks Gameday -- The Cost of Winning

I cheated some on today's multi-panel offering, and it's not so much about a punchline as it's a presentation of one BoC-centric theory as to why the Anaheim Ducks' season has gone the way it has: 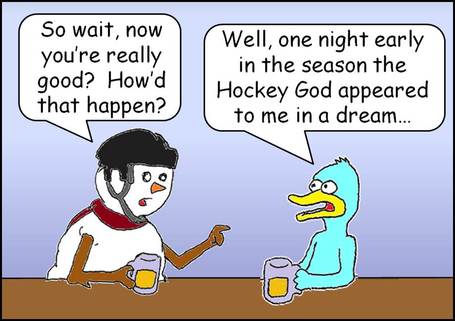 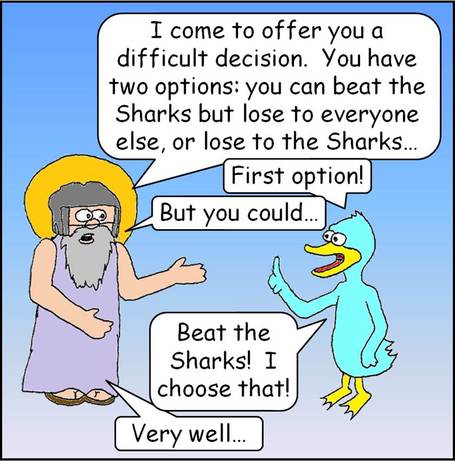 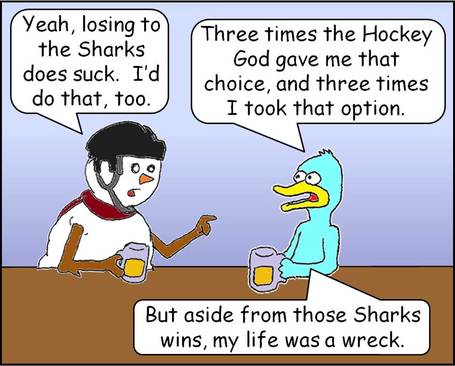 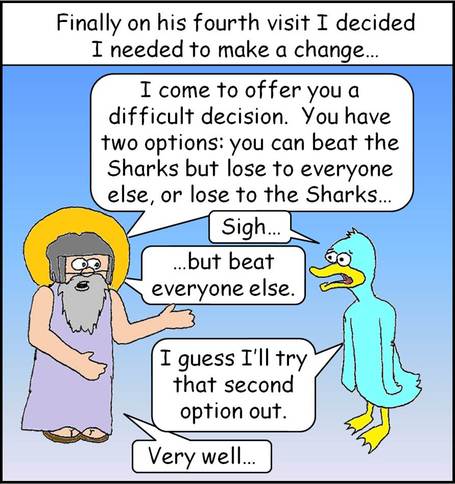 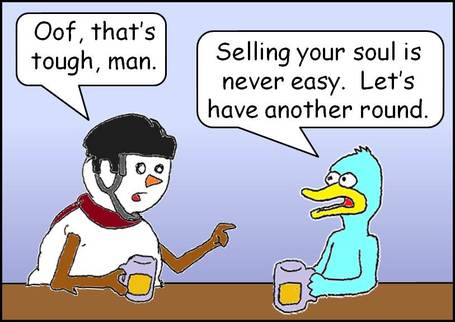 Damn you, Hockey God! Why do you give us such rotten choices?! :)

The table below shows what would happen under the ridiculous premise "What if the Ducks could continue their 2012 winning percentage throughout the rest of the regular season schedule?" The non-italic rows represent what has happened so far -- despite an awful 2011, the Anaheim Ducks are an impressive 7-1-1 so far in 2012 (a regulation loss against the Sharks followed by eight games of awesome). If they could duplicate that for the remaining 36 games, well, here's what mathematically would result:

Now the Ducks won't really finish that strongly and won't really make the playoffs, but this is a really strong showing for Coach Kirby. It's not just the record, either -- in 2012, Ducks are outscoring opponents 34 to 17, which is in its own way ridiculous.

So don't get your long-term hopes up, Ducks fans, but do enjoy the short-term show.

Prediction: I'll be around for game comments tonight -- stop on by. Ducks 4, Avs 2. A shockingly awesome game from the top line.