Share All sharing options for: Ducks Gameday -- The Half-Stars Game

I tried to sketch some Ducks-Stars stuff today, but nothing really panned out. But here -- I'm posting it anyways! 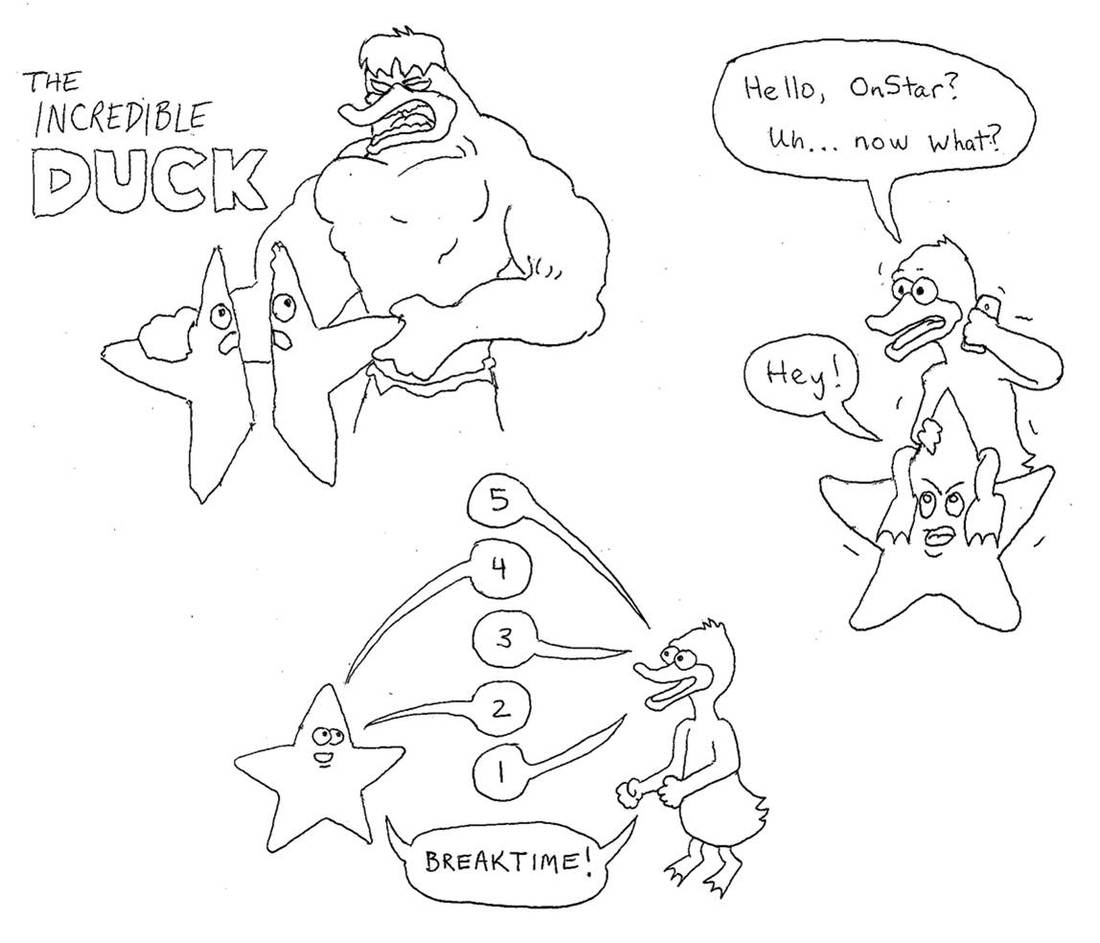 Prediction: I'll be around for game comments tonight -- stop on by! As for the game itself, it's kind of fascinating to me that the Ducks have yet to win an overtime or shootout decision on North American soil this season, so let's say that happens.