Some jerk is replacing me. Fuck him!

When I decided I was leaving, I wanted to make sure of one thing: that Meg wasn't able to replace me. I thought it'd be impossible because c'mon, I'm me. But then I read the application of one Ryan Dunn, Esquire, and I knew I had been succeeded in every sense of the word. Where did Meg find such a rake, such a cur? If you answered "A homeless shelter," you are most likely correct.

1. Congratulations on volunteering to post on the internet. You're trying to replace me so I guess the most obvious question is: who the hell do you think you are?

Who am I? Who are we all really? Screw the insightful profound stuff. I am the representation of all things vastly pretentious and superior, especially if you live in Orange County. Except that I’m just some guy that may be grossly underweight, and is in-between jobs yet again. Though despite all that I maintain the belief, nay, the knowledge that I am far more astute with my sexual prowess pay free blogging of hockey in a non-traditional warm weather environment than at least 25% of the population*.

2. Why don't you just follow the Lakers? They're a lot better.

Why the Kings and not the Lakers? First off, it’s not basketball. That’s like saying, "Hey do you want this cool pet ferret or this horrible case of ass cancer?"

Secondly, the Kings and the Lakers are like being in high school with the girl that is kind of an oddball that doesn’t fit in, while the other is the hottest thing ever that everybody wants (and you know she puts out). You could go with the hot one, and you know it would be awesome, but everybody has had that. The weird one you stick with for whatever reason even though she just lets you down time and time again saying, "I’m not ready", "I’m too inexperienced", or "You kind of have this weird curve…"

See what I did there with the curve thing?

Anyways, you know one day it is going to be awesome, because by then you won’t know any better. Meanwhile the other girl has just given the greater Los Angeles area three consecutive rides and then some. And then it happens finally with ol’ strangey. She’s not only not a tease, but she goes all the way in an unbelievable fashion. Sure it was short, but hey, you haven’t done this before. There’s also a chance she may do this again. Until she goes away to Lockout School.

As you can see this makes perfect sense and in no way reflects my total lack of social skills with females.

It's concave. Just kidding. I’m fucking swole in the cockle region. I (in which case I mean me personally) have a Stanley Cup. Why wouldn’t I be? I saw it at Knott’s Berry Farm god dammit!

4. Who is your favorite King besides Kelly Hrudey?

When I told Meg originally I had a long story about how I tried to feed Teemu Selanne my pubes. I really don’t know where to go from there. I currently like Alec Martinez because he is a swarthy Latino, as am I. Not really, but I do get quite greasy. Historically, I tend to go with Mattias Norstrom because I am still youthful and am nowhere near death currently so I don’t have the colorful, long suffering history of the Kings to draw from personally. I saw him play a lot, he was a big stay at home defensemen, which I loved as a goalie, and he never left until the organization just kind of shat him out into Texas when the Stars were even more awful then they already are. Then they gave him a blender or something. He seemed happy still, and I just kind of feel like for getting shafted he seems like a great guy. Shit must really suck in Sweden.

5. Say something bad about a hockey player you hate.

Where do I begin? I have so much hate and so little time. Steve Ott is cock muffin. Mike Ribeiro is a low-fat vagina donut. However the worst genital pastry is Ryane Clowe. This pile of steaming whale turd nut sack cupcakes can’t even spell Ryan right. Plus whenever I fight against him in NHL 2009 I always lose. There’s so much else. He cheats. He’s slow. He’s in northern California where they say dumbass things like "hella". He is the embodiment of pubic lice made human. Try as you might, he just won’t leave and he makes everything a pain in the balls.

6. Remember that time you jumped into cacti? I loved that.

So say hello to... this guy! He seems almost as great as me, which is the highest compliment I can give another human being. To cap everything off, here is a picture he sent me, along with another picture that is unspeakable and will haunt my dreams for years to come: 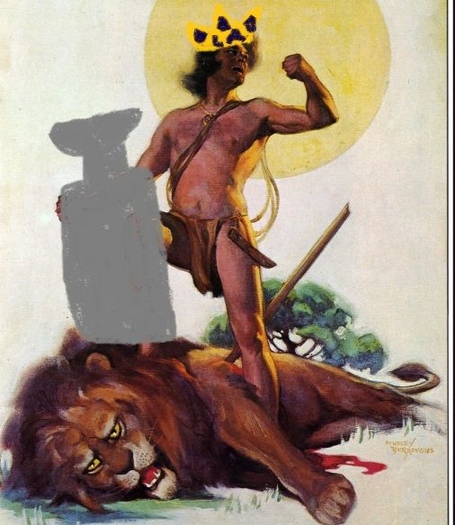