This is my ultimatum: if we don't get an NHL season, I will turn Battle of California into a blog about the mobile game Ingress. So help me God, I will do it.

Share All sharing options for: Ingress Gameday: I Hate Hyperion

(Today the Sharks are supposed to be playing a game, but that's not happening. So instead of me writing about hockey, THIS is happening.)

In the real world, I'm a humble blogger who spends his time arguing about a sports league that isn't even currently operating.

In the world of Ingress, I'm an operative for a secret organization, searching cities for sources of strange, mind-altering energy.

In the real world I'm just a regular dude. I have an apartment and a cat.

In the world of Ingress, I'm agent ThomasPaine, and I own the portal at Medieval Times.

In the real world, I'm out of clean socks and don't have any quarters left to do laundry, and time is running out!

In the world of Ingress, I have more Xmp bombs than I can possibly use, and resonators coming out the ass.

Today I'm going to tell you guys all about Ingress. 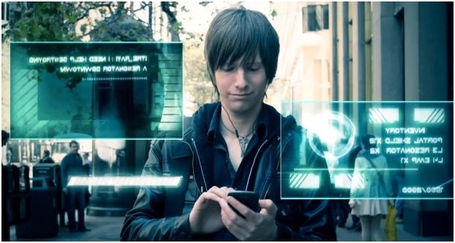 This has basically been me for the past week, only my bangs aren't so cool.

Ingress is a game, currently in closed beta testing, you play on your Android phone. That's right - you iPhone losers are out of luck.

(Actually, I sympathize with you iPhone guys. I was an iPhone loser myself up until about two months ago, when I made the switch to an Android phone. It was pretty lucky that I did, too - if I had heard about Ingress right after buying a new iPhone, I would have been murderously pissed.)

If you want to play Ingress and you have a compatible device, you'll want to put your e-mail address here and hope they send you an invite code.

Here is the Wikipedia description of Ingress:

Players must collect units of "XM" (Exotic Matter) by finding it in the real world with their device. The "XM" may be used in conjunction with items obtained from "portals" to capture the portals that are virtually associated with publicly accessible locations. There are two factions who compete for control of the portals, the 'Enlightened' and the 'Resistance'. Once a "portal" has been "hacked" and captured, it may be linked to 2 other portals in a triangle to create a field. The number of people within the field (as allotted by google) is then added to the "mind score" of the faction with which the player sides, the goal being to control more than the opposing faction.[2]

Okay, so....what? I've been playing the game for a week and I still don't understand any of what I just read.

Here's the deal: You walk around collecting little Pac-Man pellets/glowing blobs of energy, which you can see on the GoogleMaps-type layout on your phone. These Pac-Man blobs are everywhere, especially on busy streets and areas where a lot of people congregate. There might even be some in your house, floating around right now. So if some weirdo on his cell phone is wandering around your backyard muttering about "XMs," you'll know what's going on.

Creepy, huh? It gets creepier. 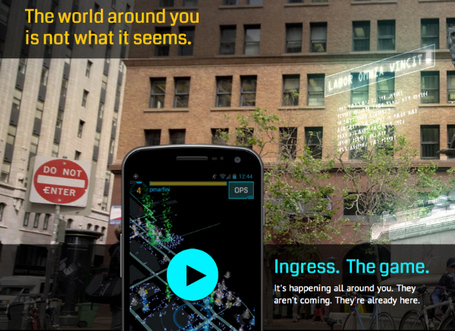 You gather up a bunch of this energy by walking or driving around, and then you find portals. Portals exist at real-world locations, usually places of public interest. For example, all post offices are portals. Historical landmarks and pieces of public art also are. There are a bunch of portals spread out around Disneyland and other theme parks. Players can also take pictures of things they think should be portals and submit the pictures to Google, and the portals might get added in to the game.

When you find a portal, you "hack" it, which is basically the same as checking in to the place on Foursquare or whatever stupid thing you use. You stand near the location in the real world, press the hack button, and then you get experience points and items. The items are usually either resonators (which are defenses) or Xmps (which are bombs).

You with me so far?

The two teams are the Enlightened and the Resistance. The Enlightened believe that all these portals and the energy they shoot out everywhere are sources of genius and artistic inspiration for humanity, so they are trying to spread the influence of that energy around. The Resistance are bastard assholes who think the energy is controlling people's minds, which is really stupid.

I'm on the Enlightened side, by the way.

You get points for your team by creating more powerful portals by adding more resonators and then connecting three portals over a large distance to form a big triangle. The game estimates how many people (total, not just people who are playing) are inside of that triangle, and those people count as points for your side. So if you can connect three portals to claim a big triangle of territory in a densely-populated area, you've just scored big for your team.

I have basically nothing to do with this score swing, but it still felt great.

Okay, so, that's what the game IS, but what is it LIKE?

-I spent my weekend wandering around Los Angeles, walking to places I never otherwise would have, hacking, attacking, and defending portals.

-I now know that Little Tokyo is a dangerous place, because it's Resistance territory. When you hack enemy portals, they shoot lasers at you and your energy decreases.

-I've discovered several historical landmarks within a few miles of my home that I didn't know existed, despite living here for years. I had never gone down those particular streets before, but now that there are portals there I'm going to go there all the time.

-I ran along a busy street where there was no sidewalk to claim a difficult-to-reach portal outside the Americana in Glendale. The next day I woke up to an e-mail telling me my resonators had been destroyed by a high-level resistance guy named Hyperion.

-I hate Hyperion so much.

-I own the portals at Medieval Times, at the Starbucks across the street from Medieval Times, and at the northern entrance to Knott's Berry Farm - at least until some jerk like Hyperion comes along and takes them from me.

-I have walked many miles out of my way over the past week, down streets I've never visited before and never would have seen otherwise, and it has been an absolute blast. 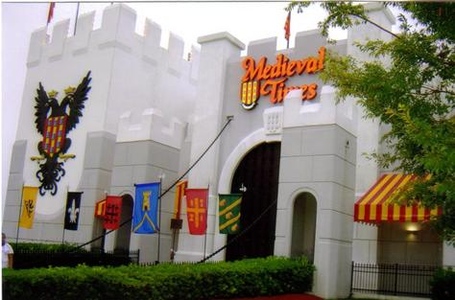 This is mine, you jerks. Stay away!

Ingress is a ton of fun, and if we're not going to have hockey this year I just might blog about this new version of the Battle of California. If that sounds good to you, then you're in luck! If that sounds awful, then you're probably one of those filthy backwards Resistance fools.

Of course, it's pretty clear that this whole game is just an elaborate trick by Google to 1) get people to share more of their location data than they otherwise would and 2) get nerds to exercise.

I know these things are true, but I don't care even a little bit. It's totally working, and I'm totally on board. Here's why:

On Saturday, I was walking down the street in Los Angeles, and I said the following sentence out loud:

"That post office up ahead is a target. I'm going to use a bunch of bombs on it."

I'm calling it now: people are going to get arrested because of this game.

And it will totally be worth it.