Why do I do this? Because someone has to.

Yesterday Puck Daddy featured a story about a reporter asking President Obama for his opinion on the NHL lockout. Obama's response, in short, was pretty awesome:

[...]I shouldn't have to be involved in a dispute between really wealthy players and even wealthier owners. They should be able to settle this themselves. And remember who it is that's putting all that money in their pockets.

Well said, sir. I love that he makes a point of stressing that the owners are "even wealthier." That's important, and that shows he knows what's up. It's a mistake to group players and owners together as "wealthy assholes," as if they all had the same amount of money and power.

Unfortunately for all of us, though, Puck Daddy is a Yahoo! blog, so that means it is infested with Yahoo! commenters, who are some of the dumbest shit-stacks on the whole damn Internet. I've clashed with these folks before, on a few different occasions. Each time I'm stunned by the incredible levels of ignorance, racism, and non-spelling on display.

I knew the comments on a story mentioning Obama would be bad, but, as before, I was unprepared for exactly how bad they were. After reading them, I weep for the future of our species.

Here, to serve as a warning to you all to NEVER EVER read Puck Daddy comments, are ten terrible comments on the Obama story. The comments are in no particular order, for the same reason it's not a good idea to try to rank the "worst" child molesters in history.

Obama admitted in Canada a few years ago that he has never been to a hockey game. He lives in Washington and there happens to be professional hockey team in town. I bet he can get a free ticket? You would think he would make an appearance at one NHL game? No time for hockey, though, he is spending his time dreaming up the next govenment controlled program to ram down our throats.

Obama doesn't have to like hockey. It's fine. He's a black guy from Hawaii, why the hell WOULD he like hockey? He's still allowed to have an opinion on the lockout. In fact, his opinion is valuable. He's been a civil rights lawyer, a constitutional law professor, a community organizer, the first black president of the Harvard Law Review, and the first black president of a little something called the United States of America. He's a smart guy, and I'm happy to hear what he thinks about the lockout. 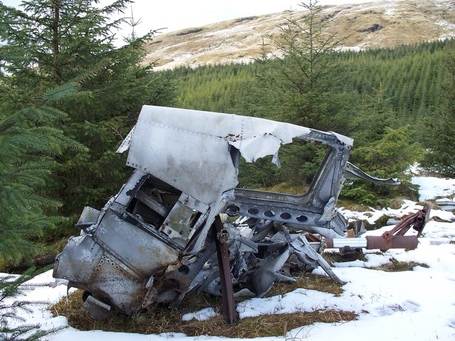 There are way too many Dems on this board. I guess the Republicans are at work. Unreal the level of support Obama gets even when he does the stupidest stuff. People say Unverisal Health Care is going to be great but those same people do not know 2 more important things. What does it mean and how do we pay for it?

Flyer says that people who like universal health care (he didn't spell it that way of course, but I ASSUME that's what he meant) don't know what it means or how we will pay for it - a classic example of a dumb person assuming everyone else is even dumber than he is.

Some facts for you, Flyer: here is a map of countries that provide some kind of universal health care (which the U.S. still doesn't have, even with Obamacare). Go look at it, read the accompanying article, and then eat shit and die.

Thank you Dear Leader. Enjoy your 4 million dollar taxpayer Hawaiian vacation. We the peasants are not worthy.

President George W. Bush was on vacation more than any other president in history, and spent 32% of his presidency (a time during which, you may recall, some rather important stuff was going down) on one vacation or another. And guess what? Even though most of those vacations just involved playing farmer on his stupid Texas ranch, the taxpayers still paid a shit-load for them, because that's how it works when you're the damn president, you idiots. You need special planes and security and all kinds of stuff. You aren't ALLOWED to just fly coach all over the place. 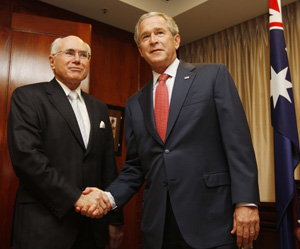 Maybe he should focus on stop assassinating brown people and taking away our rights?

This one surprised me a little, since I wasn't expecting to see any of these morons expressing concern over drone strikes. That's the first legitimate concern to show up in the comments - yet the point the commenter is trying to make is instantly and violently undercut by his use of the term "brown people." That is such a ridiculous and racist phrase that you almost never hear it used except when it's used by a non-racist mocking the racist views of other people - but that CAN'T be what's happening here, unless maybe this commenter thinks that Barack Obama hates "brown people"?

I'm confused. I'm having a very hard time picturing what type of person this "Barry Obama" is (aside from a lunatic asshole, I mean). Is this some sort of adamant pacifist/racist we're dealing with here?

We should lock out the government and stop paying taxes altogether!!

Good luck with that, dickhead. 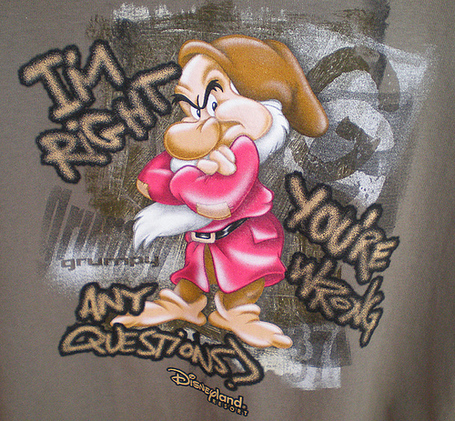 This image came up in my Creative Commons search so please don't sue us Disney.

Like Obama knows anything about getting stuff done. LOL

There is one thing Obama is pretty good at getting done: winning elections. LOL

Obama you can't run the country let alone work with the other side. Why don't you stop giving advice to others when you can't do the same?

Obama worked with the other side and compromised a whole bunch in his first term, and he always got screwed over because of it. If two parties have a disagreement, and one side is willing to compromise and the other side will never budge from their position, it just leads to outcomes that reward the intransigent party of assholes.

The president won the election, by a bunch, by telling people exactly what he wanted to do (including raising taxes on rich folks). A whole lot of people voted for him because they like that idea. That's what the country wants, and he shouldn't "work with the other side" if that means giving in to stupid demands from a party full of racists, plutocrats, and fools.

The Messiah has spoken again, should we all pay attention. NO! Mind your own business Obama you can't fix the country's finances and you tell other business what they should do. We know how well your government ran A123 and the solar wind project. How other than by the minority community did this guy get re-elected and what for. Where was he last night when the Sandy hurricance victims needed a boost to get aid. Oh I forgot the election is over no need to go there.

Damn it, why did I say I was going to do ten of these things? I'm so tired of this garbage already.

Wanderer, you want to know where Obama was the night of 12/12/12? He was boning your mom. I know - I was holding the camera.

Also "solar wind project"? Is that some sort of sci-fi solar sail spacecraft thing? If so, that's awesome! Unfortunately, it's far more likely that you meant "solar and wind projects," and that you are just a big fat idiot. 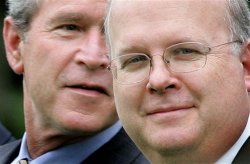 The great one has spoken, we can now breathe a great sigh of relief.

Hey you asshole, show some respect! The only Great One is Wayne Gretzky.

Obama should be embarrassed about what Rob Parker has said on ESPN and offer an apology to the entire nation or resign. Please worry about politics instead of sports. That why you are a President.

Oh, THAT why he is a President. Now I understand.

Actually, wait, no - this comment makes no sense even by Puck Daddy comment standards. What is going on?

Oh, Gregory has a reply. This should clear things up:

He should not be on late night TV in the first place jerks. He should be sitting in meeting rooms to solve real issues and getting kick backs from the unions.He the President for cripes sake.... Not a TV entertainer.

I can't argue with that: he the President.