Some NHL players and owners are meeting today, without Gary Bettman or Donald Fehr around to ruin things.

As you may have heard, in a desperate and stupid new ploy creative move to try and make progress in the barefoot-running-on-a-razor-studded-treadmill process that this lockout has become, some players and some owners are going to have a meeting without Gary Bettman or Donald Fehr or any of the other people who actually know things being involved.

It's genius! No, wait, not genius. There's another word for it, what am I thinking of?

Retarded. That's it. That's the word.

This meeting is dumb as bricks and won't accomplish anything unless the players involved are even stupider than we already assume most hockey players are and allow themselves to be bullshitted into thinking they need to get rid of Donald Fehr. If that happens then I guess the players deserve the history-making butt-fucking they will receive from the owners - but most likely that won't happen.

Most likely, nothing will happen.

Throwing a bunch of guys whose primary marketable skill involves hitting a rubber thing into a net with a big stick unsupervised into a room with some billionaire plutocrats led by "lockout lightning rod Jeremy Jacobs" (is there a thing that is like a lightning rod only instead of lightning it's bullshit? Because that's a better description for Jeremy Jacobs.) is not how you make progress with the CBA. This pair of groups, owners and players, have proven they aren't able to negotiate with one another.

Since the two groups that are actually meeting aren't going to get a damned thing done, I've put together a list of a few other pairs that would have a better chance of ending the lockout.

Let the people who pay to make all these assholes rich meet with the average folks who are really suffering because of the lockout and have the groups decide what a fair split should be. This pair will have a deal done in ten minutes.

Everyone knows that when you put a cat and a dog in the same room, great things can happen.

Of course if you add a Roomba things are even better.

#3 The Jets and the Sharks

Ignore all of the other teams and just get the players and owners from San Jose and Winnipeg to meet, maybe somewhere in New York City, to see if they can hash out an agreement. It may take a couple of hours and require a few deaths and choreographed dance numbers, but it will be fun for the whole family.

Not really a pair, but whatever. The Swiss have a long and proud tradition of cowardice neutrality, so no one could possibly accuse them of being unfairly biased one way or the other. Get Mark Streit, Yannick Weber, and the 7th-place Swiss NHL scorer of all time, Jonas Hiller, to sit down in a perfectly grey room and solve this whole thing.

There might not be a whole lot of negotiating going on but this would honestly help move us closer to a lockout resolution. At the very least it would make a whole lot of people happy. In fact, from a utilitarian standpoint, I believe we have a moral duty to have a bear attack Jeremy Jacobs. 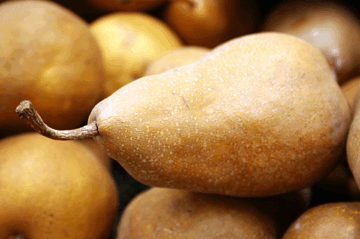 The very best pear there is, and far more likely to end the lockout than the two groups meeting today.