Superman and Batman Negotiate the Rules for a Fight

Share All sharing options for: Superman and Batman Negotiate the Rules for a Fight

"Okay Bruce, I think we have a pretty good deal in place here. We've really managed to hammer out some guidelines that I think will help make this fight is fair and profitable for both of us.

Rule #1: You aren't allowed to use magic. That's one of my only weaknesses, so that's not fair.

Rule #2: You can't use a mind control device or anything like that. Again, pretty much the same as rule number one. It just wouldn't be sporting.

Rule #3: You can only have two of those bat-boomerangs of yours. Those things are annoying.

Rule #4: No bat-car, bat-plane, or any of those other bat-vehicles of yours. This will be a fair fight, bat-man vs. super-man.

Rule #5: You ARE permitted to have Robin help you in the fight. He makes me laugh.

Rule #7: Heat vision, x-ray vision, flight, super-speed, freeze-breath, and all the other weird powers that I forget I have, those are all allowed.

Rule #8: You may NOT block out the sun or cover me in super-sunscreen or anything like that so I can't get the energy I need to fuel my powers, you sneaky bastard.

Okay, so I think that just about covers it. If we both agree to follow all of these rules, I think we can get out there and have a really good, fair fight that will be entertaining for everyone. And sure, MAYBE these rules are a little bit biased in favor of you, but I'm willing to accept that. I am Superman, after all. I can take it.

So is there anything else we should discuss before we begin?

WHAT? Kryptonite? NO, you CAN'T use Kryptonite, Bruce! Are you INSANE?

I don't care if it IS your only chance at making the fight fair - it's not going to happen!

That's it - I'm out of here. This whole negotiation is over. Kryptonite is a deal-breaker!" 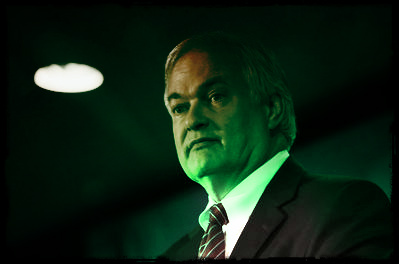