Here's a quickly-penned cartoon for today: 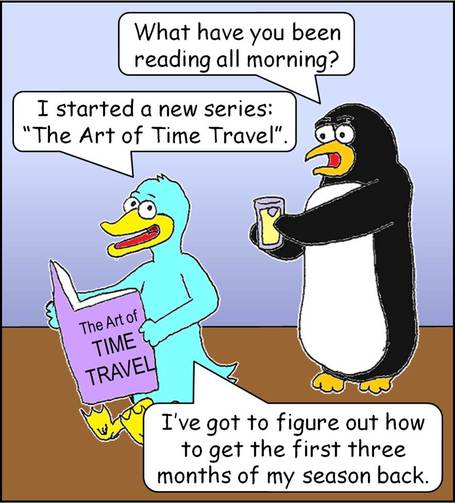 Now that the Thrashers are gone, us bird teams have to stick together! :)

Winning has been great, but it probably has come too late for the Ducks -- Sports Club Stats still has Anaheim's playoff odds at less than 5%. Per the site, the Ducks still need to play 10 more games above .500 in their last 26 games (16-6-4, say) in order to be playoff-likely.

I did want to see how Anaheim's 2012 performance ranked league-wide, so I made this table: