Share All sharing options for: Sharks Gameday: Top 5 Moments in the Couture-McGinn Romance

Alexander the Great and Hephaistion.

The Top 5 Moments in the Logan Couture - Jamie McGinn Romance

(I'm not calling it a "bromance" because 1. that's stupid and 2. there's nothing "bro" about going to an aquarium with another guy on Valentine's Day. That's straight-up romantic.)

Everything in today's post comes from @JamieMcGinn64, @LoganCouture, or their associated photo albums. 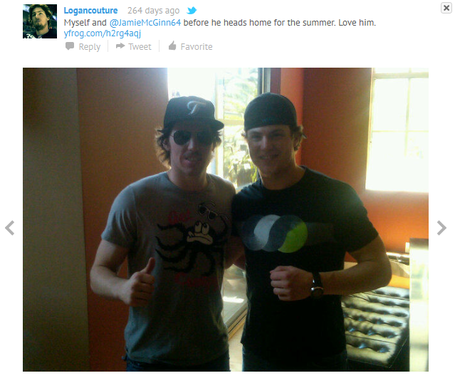 This picture is from the end of last season. Logan and Jamie (Should we call them Jogan?) had been living together and having a grand old time, but Jamie was going home for the summer. Logan Couture took the opportunity to snap a picture and confess his love on Twitter. 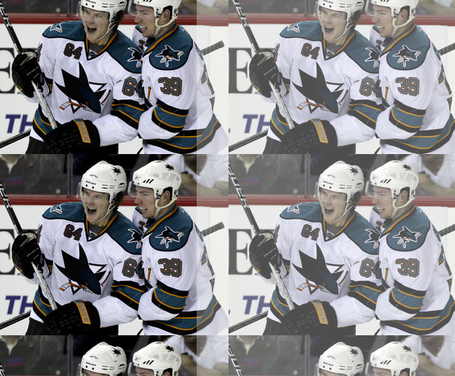 Jamie McGinn's Twitter wallpaper is a picture of the happy couple, probably scoring a goal or admiring some lovely curtains or something. Anyway it's really sweet.

Meanwhile Logan's Twitter wallpaper is just a picture of himself. I smell a lover's quarrel brewing!

Oh Logan, you sure love to tease Jamie!

Unfortunately there are still some elements of our society that don't approve of the type of relationship Logan and Jamie have (by which I mean the forbidden love between someone from Guelph, Ontario and someone from Fergus, Ontario) so the two often hide their public displays of affection by pretending they're about hockey or something. Logan sent this tweet after Jamie McGinn scored a really nice goal, but it doesn't take some kind of gay Sherlock Holmes (of course he was already kind of gay) to figure out the romantic subtext here. 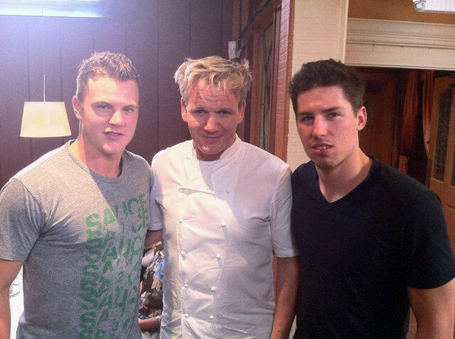 Hey it's pretty funny that Jamie McGinn wore a shirt that says "SAUCE" when he went to meet a famous chef. You've got a great sense of humor, Jamie. I can see why Logan likes you.

In 1994, Gordon Ramsay accepted a police caution for gross indecency involving him and two other men, both chefs, in the lavatory of a London Underground station. It was stressed to be only "hi jinks" by Ramsay and not sexual. 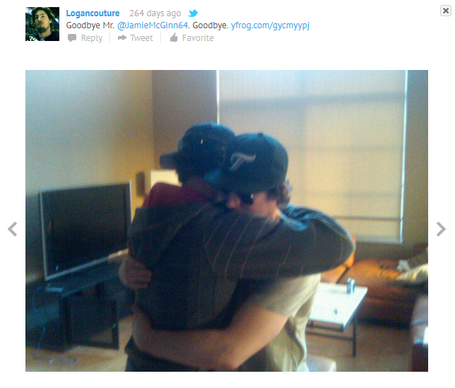 "You don't love someone for their looks, or their clothes, or for their fancy car, but because they sing a song only you can hear." -Oscar Wilde

Today's movie is The Machinist, which is great and you should see if you haven't. I just Googled "the machinist gay subtext" and this link came up, so there's your connection to today's post.