Share All sharing options for: Kings Gameday: No Analysis Here

I was out of town the last 3 games so I have nothing. Sounds like they were pretty shitty games, though!

Still, I should provide some kind of content. Uh... how 'bout that Peyton Manning? He sure is one of those guys who does stuff! I wonder if he'll sign with those... people, or maybe that other sporting club. Hopefully his (look up injured part, don't forget!) stays healthy!

Oh c'mon, that was pretty good! Like how they were all old timey diseases and stuff? Geez, you people are tough!

Fine, you want something Kings-related? Here's a picture of Official Friend of the Blog (and the restraining order, apparently) Rachel Bilson in a Kings hat: 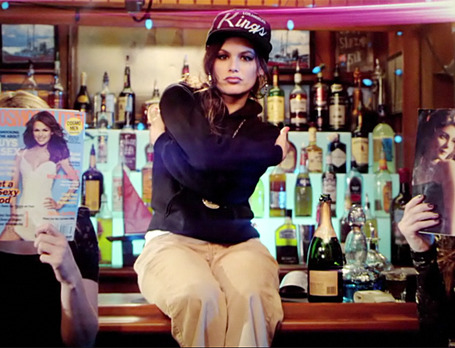 Does anyone else flip through the channels on Monday nights, stumble upon Hart of Dixie, and then all of a sudden it's half an hour later and you need to wash 3 of your socks? I can't help it, she's just so spunky. She's like a dog but human.* Hey, you know what else is spunky? My so-

*That's the nicest thing I've ever said about anyone.

Prediction: Kings win! I have to go with sockless loafers to work tomorrow. 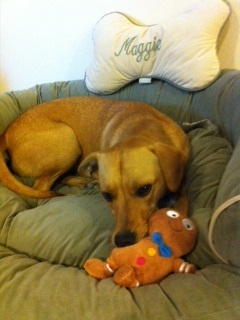 I've never seen an animal forlornly rip something apart. It's poetic or not.