Ducks Gameday -- A Change of Literature

Share All sharing options for: Ducks Gameday -- A Change of Literature

Detroit Red Wings (inside) at Anaheim Ducks (outside), 7 pm
Winging It In Motown and Anaheim Calling -- Red/Wild Wing. 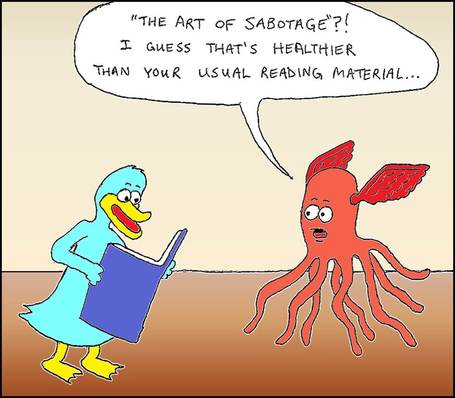 In case you're new, the Duck's usual reading material.

Anyways, there's no real BoC Sabotage incentive for the Ducks tonight, but the Kings are comin' on Friday. I'll try to put a little more effort into that one. :)

Prediction: I should be around for game comments tonight -- stop on by! Ducks win for no real reason, but since it's against Detroit it's great.