Most evil person in history: Mussolini

Most imoprtant new technology of the past twenty years: 3D TV

Favorite Tenor: The other guy

Best part of having sex: The cuddling 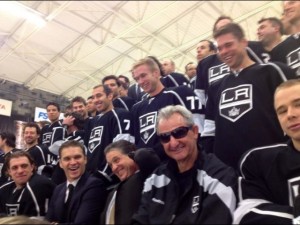 (This was Meg's idea but I stole it. Feel pretty good about it.)

Prediction: Kings win, 3-2. Goals by Kopitar (x3). Man, did you see when Richards handed his stick to Willie Mitchell after Mitchell broke his? What a warrior!