The Kings have 84 points. 10 points would pretty much guarantee a playoff berth and might clinch the 3rd seed.

The Kings need to win one of these two games:

Then one of these two:

Then two of these three:

Then one of these two:

Voila, 5 wins, 94 points, playoff-bound. It looks hard but they're playing so well right now that I think they can do it.

You know why this game rules? Because the Backes line & Colaiacovo-Pietrangelo has probably been the best shutdown group in hockey this season; meanwhile, Brown-Kopitar-Williams has probably been the hottest line in the league over the last little stretch here (non-Malkin Division). Unstoppable force, immovable object! Who will reign supreme?! LET'S DO IT!!!!

Honestly, how are the Blues so amazing? Their 2nd line last night seemed to be Schwartz-Berglund-Lang. I barely know who Berglund is and those other 2 guys frankly sound made up. Really, it's kind of a mystery to me how they could be so go- 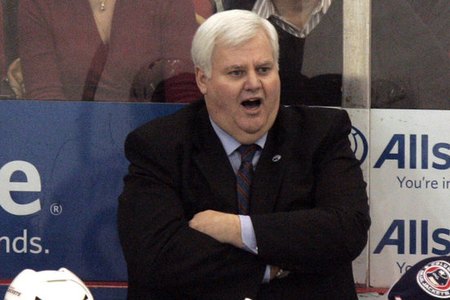 While I'm happy that Jack Johnson is gone and Slava Voynov is getting big minutes for the Kings now, I have to admit... I really don't think I'm getting enough credit for it. Really, my greatness has been underappreciated for far too long. What I'm trying to say is that I'm incredibly smart and you're dumb and you should all just listen to me instead of bothering to form opinions in your stupid brain.

I also feel like I should take credit for Dwight King's success too but I don't want to come across as egomaniacal.