Ducks Gameday -- You Snooze, You Blues.

Share All sharing options for: Ducks Gameday -- You Snooze, You Blues. 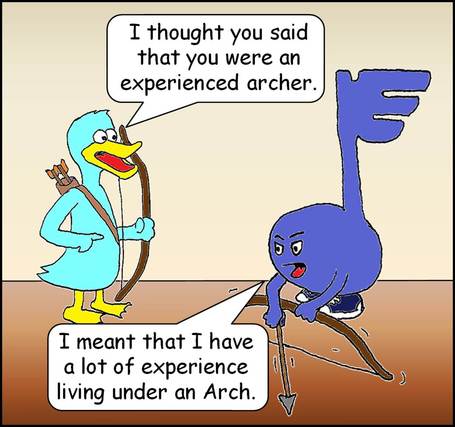 The Ducks have 15 games remaining, and probably have to win about a dozen of them to finish in the top eight. The remainder of the schedule is littered with tough opponents, including two remaining games against this first-place Blues team. And even though Anaheim has shown a phenomenal turnaround under Coach Kirby in calendar year 2012, they've still dropped 3 of their last 5 in regulation.

You know what they say around here -- go drama.

Anaheim has really struggled in two areas over its past dozen games -- if the Ducks want to make the most of their stretch run, these problems need to fix themselves fast:

Scoring first: Anaheim potted the game's first goal Monday night against the Oilers, but that was only the 2nd time over the past 12 games that the Ducks scored first. Of the ten times they've given up the game's opening goal, six of those came on an opponent's power play. To the Ducks' credit, they've responded well to a bunch of 0-1 deficits and have battled to a decent 7-4-1 record over the stretch. That is certainly valiant, but making comebacks in virtually every game is really tough to do -- if there's to be any hope, Ducks need to control more starts to games.

A useful 5-on-4 unit could really help there:

Power play: 13 games ago, Boudreau tried an experiment in Columbus -- he pulled Visnovsky off the top unit and made Ryan Getzlaf a pointman, and the Ducks scored on their first three opportunities under the new setup. Against the worst penalty-killing team in the league, mind you. So seeing the illusion of success, Kirby stayed with it -- personnel changed some up front, but Getzlaf and Fowler manned the points on the first unit, while Lubo played second unit with Sbisa or Beauchemin. And ever since Columbus, man-advantage results have been terrible.

Numbers-wise, the Ducks have scored only 4 power play goals in 37 chances over their last dozen games. And really, none of those goals came as a result of a competent 5-on-4 power play setup:

So yeah -- even when the power play has worked, it's needed some help. Finally last game against the Oilers, Lubomir found himself playing on the top power play unit again -- for the hope of competency, let's hope that sticks. Getzlaf does make some nice puck recoveries as a power play pointman, but there's not much evidence this season outside of Columbus that he brings much success to that position, at least with Fowler as his shooting partner. Hopefully Lubo can put more pucks on net that can make the top unit dangerous again.

However it happens, the Ducks are certainly going to need more scoring from their 5-on-4 down the stretch. Even getting it back to "mildly successful" would be a boost (though I'm kind of hoping for "against Columbus successful" myself). :)

Prediction: I won't be around for game comments tonight, but I'll be following on my phone. Here's a bonus prediction cartoon for ya: 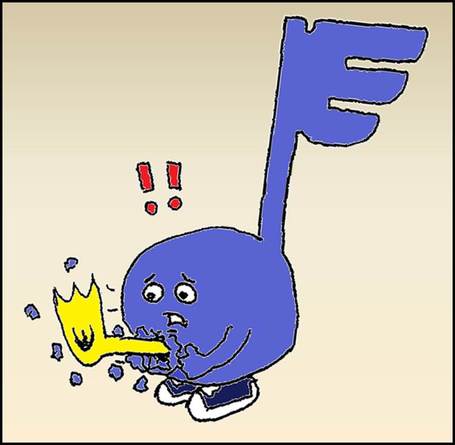