Edmonton Oilers at Anaheim Ducks, 5 pm
The Copper & Blue and Anaheim Calling -- never too early for an entry draft preview.

I didn't get around to writing it (fortunately for you), but today's post was originally going to be a breakdown of contenders in this season's Celebrity Apprentice, handicapping the remaining players and associating each of them with an NHL team. But that was going to be pretty lame and was going to take some work, so I went with something just as lame but much easier -- Drawception drawings!

Meg brought it up in a fanshot yesterday, but Drawception is essentially Pictionary Telephone where different users alternate between drawing a phrase and labeling a drawing, and it has some fun time-killing potential. And at the very least, I was incredibly distracted yesterday from a Ducks sabotage loss -- hooray!

As you might guess, I'm more of a drawer than a labeler so far -- so here's seven of my drawings from Day One (to keep things hockey-relevant, many were drawn while the Ducks were losing), along with the prompts that made me draw them. Don't judge the art too harshly -- it's all mouse-drawn without any "undo" or "fill" features. :)

Prompt 1: Cat & Dog gently caress each other in the rain. 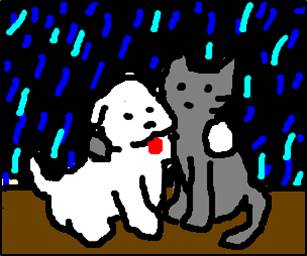 Awwww -- more after the jump! 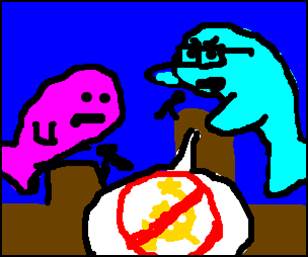 Prompt 3: Software engineer Lego-man got his arms cut off. 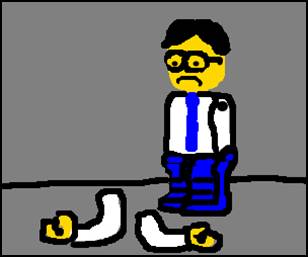 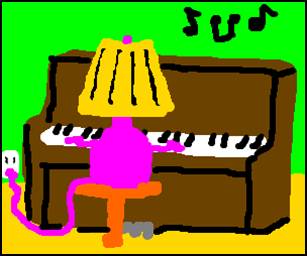 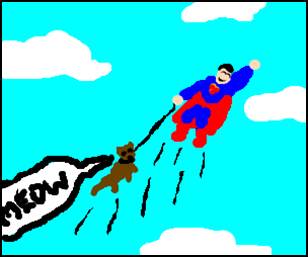 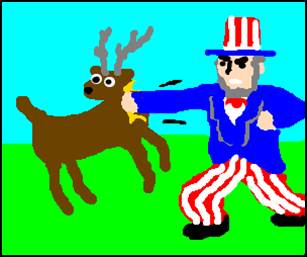 And my most popular cartoon from day one: 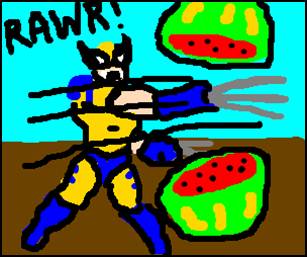 There's some dirtier options, too, but those don't copy-and-paste as well because I didn't draw them with a background color -- lesson learned! Anyways, if you've got some time to kill today while the Ducks are losing, feel free to check out Drawception -- an excellent way to distract yourself.

Prediction: I won't be around for game comments tonight, so have fun without me. Ducks make for a poor project manager and are fired.