One of the luxuries of writing for this weird redundant blog is that I don't have to worry too much about stats or serious journalism or any of that boring stuff. I can write about those things if I want to, of course, but I don't HAVE to, so I'm free to do stuff like this:

Yes all day long on Thursday I (and also Rudy but who cares) was tweeting insults about St. Louis, mainly focused on their rabid antisemitism.

If you follow me on twitter you probably saw a bunch of these already, but I'm going to post them all here anyways because missing one of my jokes would be the greatest tragedy ever associated with the Jews.

The real reason John Ashcroft lost to that dead guy was because someone started a rumor that Ashcroft was Jewish. #MissouriSucks

The famous Gateway Arch was originally intended to be part of the "N" in a giant "NO JEWS ALLOWED" but funding fell through. #StLouisSucks

The name "Missouri" comes from a Native American word meaning "Land of the Hitler Lovers." #MissouriSucks

The Gateway Arch looks like a monument somebody just started building and then made up as they went along. #StLouisSucks 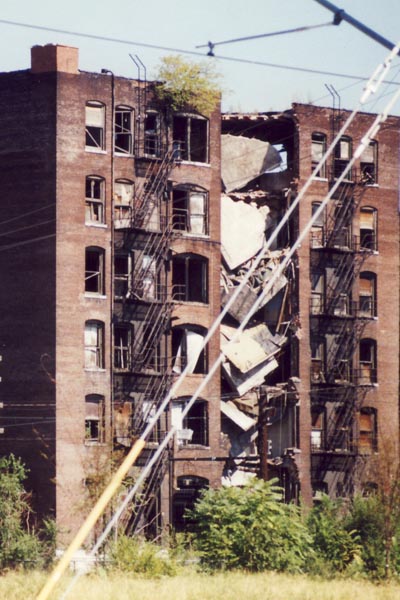 The official seal of the state of Missouri is Saint Louis cackling while he burns the Talmud. #MissouriSucks #StLouisSucks

The official seal of California is the adorable harbor seal. #CaliforniaRules #MissouriSucks

St. Anger is a better saint than St. Louis. #StLouisSucks

In 1939 a ship carrying refugee German Jews was turned away from the U.S. That ship's name? The MS St. Louis. #seriously #StLouisSucks

Thanks to Rudy for alerting me regarding the MS St. Louis. That's fucking unbelievable.

So I don't know if they don't have computers in St. Louis so nobody saw my devastating burns or if all the people there are just so beaten down by life that they don't care, but nobody really took issue with anything I said all day...until I made a joke about the Mississippi:

The Mississippi river is gross. #StLouisSucks

This was the remark that finally inspired someone to rise to the defense of "Mound City" (the nickname stems from the city's love of chocolate bars with coconut in them but fierce hatred of almonds, the Jew of the nut world). St. Louis' lone champion was @CrossCheckRaise, a contributor to St. Louis Game Time and a passionate apologist for the Mississippi:

CCR: as opposed to SF Bay. There's gotta be at least 62% fewer carcinogens in the Mississippi.

MEG: Rivers are inherently grosser than bays. Bays get refreshed by the ocean. #BaysAreBetter

CCR: Like a big collection plate, the Mississippi collects soil and deposits it in LA. See, we improve other states. CA notsomuch.

MEG: I guess you don't have computers or movies or fruit in St. Louis, huh? #CaliforniaRules

CCR: nor rolling blackouts either. Movies? If you wanna brag about "Jack and Jill" ....um, OK....

MEG: Twitter is so amazing and great for trash-talking. Hey I wonder where Twitter's headquarters is... #CaliforniaRules

CCR: you're right about Twitter. It was invented by @Jack. Guess where he's from? #LGB #StLBlues

MEG: Yeah and he was smart enough to MOVE. #CaliforniaRules

So what did I learn? It's perfectly acceptable to say that people from St. Louis love Hitler, but God help you if you make fun of their beloved Mississippi.

Rudy and I discussed it and we believe the power rankings for bodies of water should look like this:

Also seas don't count as distinct bodies of water. If they're land-locked they're just big lakes. If they connect to the ocean (like the Mediterranean) then really they're just part of the ocean or a bay or something.

In conclusion, fuck the Mississippi.

Prediction: The Sharks win 5-2. They cheat some more but I don't give the tiniest shit about it.