1. Even though I haven't been terribly blog-active over the past week or so, I'm about to turn even more invisible in both posts and comments. Starting tomorrow, I'm off to Barcelona, Spain, to go visit my sister for a week. (Spambots, this is an excellent chance to sell lots of viagra!) Anyways, I'll likely have nothing but playoff boxscores for a while -- go printed drama!

2. Beyond that, some other big news -- it seems I have put myself back on the "employed" side of society yesterday without even applying! One of my old jobs invited me in and coerced me back into a regular day job that essentially starts today -- yay?

On the one hand, it'll be good to make some money again and put some structure back in my schedule -- in a lot of ways, I feel like I was a better blogger back when I had a desk job. At least I read a lot more from other hockey blogs back then, and I frequently wrote posts the day before they were to publish.

On the other hand, I won't be as free to comment steadily throughout a workday -- it'll be a bit more sporadic, as there is some work to be done and meetings to attend, and I'll be busy for stretches. But at least it's not a traveling gig -- you won't have to put up with any Vegas cartoons or anything. :)

Both international travel and steady employment will put a bit of a damper on my Drawception craze, though -- that may be a good thing, as I've been putting a moderately-unhealthy amount of time on mouse drawings like this one (I never turn down a hockey prompt!): 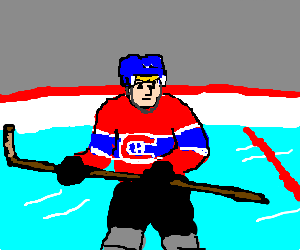 After the jump, another round of high-scoring Drawception cartoons -- plus-ten and up!

You may have seen a couple of these before in BoC comments, but none of these ever made it into a post body yet. Go end-of-unemployment "productivity"!

Blob-like kirby vs. the chicken-rooster (+10) 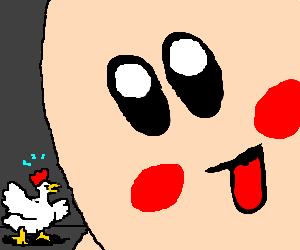 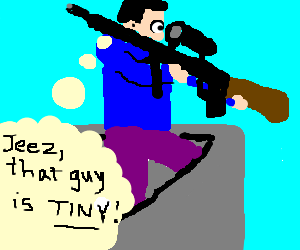 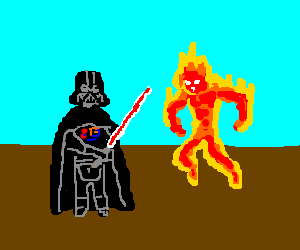 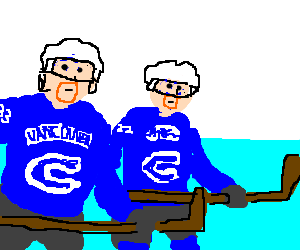 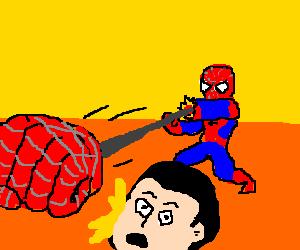 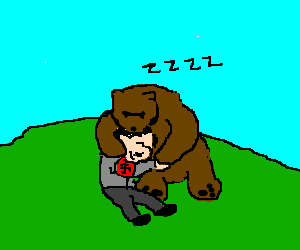 Death, not the best choice for babysitter. (+10) 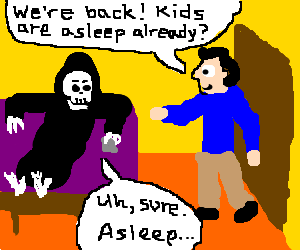 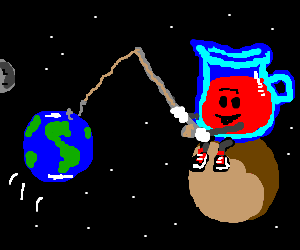 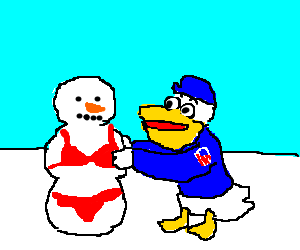 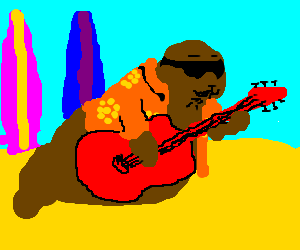 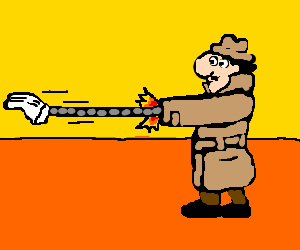 Getting high and drunk under a very short tree (+12) 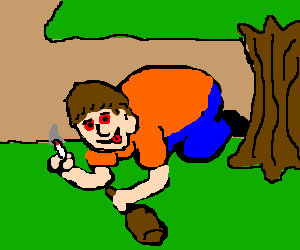 Cactus tells a man to hang himself (+12) 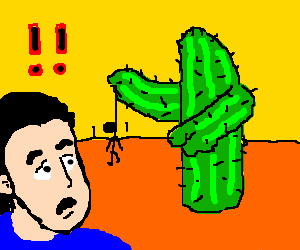 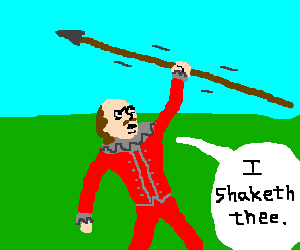 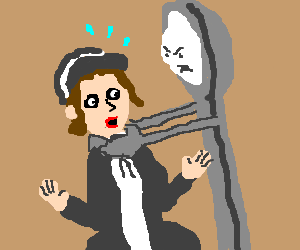 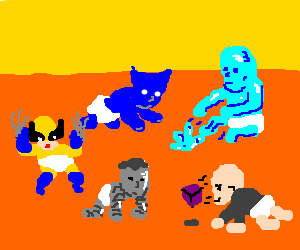 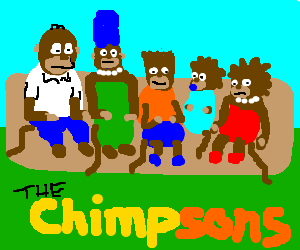 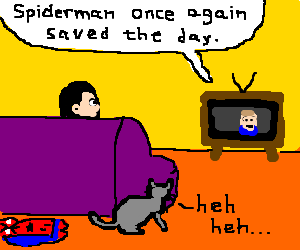 That last cartoon made its way into a pretty popular thread, thus its whopping score compared to the rest.

Anyways, feel free to comment on anything -- I'm off to work.

Prediction: What a productive first day! I think I've earned a week off! :)