In case you were relying on my posts for Ducks news: the Anaheim Ducks traded Lubomir Visnovsky to the New York Islanders for a 2013 2nd-round pick. And yeah, it’s a heartbreaker. 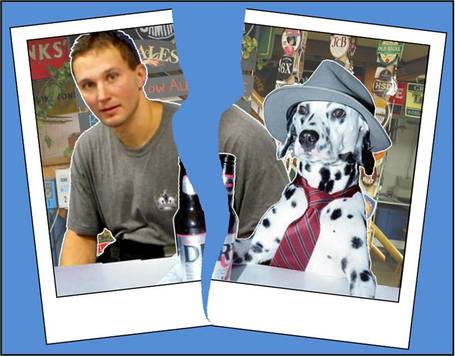 Before I get into the emotional side of things, though, I thought I’d start off with some number analysis, mostly because I put these tables together last week. :) Hockey Analysis has some handy pages for individual players, showing how they affected their teammates’ 5-on-5 scoring rates; here’s Lubo’s page as an example. I’ve just gone and reformatted a bit, showing the teammates who played most with Visnovsky, as well as combining all Ducks goaltenders together on the last row.

Let’s take a look at the top row, as an example. Ryan Getzlaf played some 338 5-on-5 minutes with Lubo, and he was a plus player in those shared minutes – 2.84 goals-for-per-60-minutes vs. 2.31 goals-against-per-60. Getzlaf also played 958 5-on-5 minutes without Lubo, where he was outscored – 1.57 GF/60 vs. 2.38 GA/60. The last set of columns shows the scoring rate improvements with Visnovsky – in particular, Getzlaf’s offense seemed pretty Lubo-reliant; goals-for went in nearly twice as often when Lubo was on the ice.

Similarly, we can see a positive effect on most of Lubo’s teammates – well, not most of the Finnish ones. Koivu, Selanne, and Lydman all had better results without Visnovsky, though those differences are generally slight. Lydman is a bit of weird case in that two seasons ago, the Lubo-Lydman pairing was incredible – Toni starting the season injured may have played a role in their inability to duplicate that.

The teammate who may miss Lubo the most, though? Luca Sbisa has a pretty strong case. Sbisa was a plus player when paired with Visnovsky, but had pretty awful results without him. It’s unclear who will be watching Sbisa’s back this coming season, but hopefully that new partner has some Lubility to him.

A few other player tables after the jump.

Here’s another guy who helped a lot of teammates out – Saku Koivu. Almost everybody who shared 5-on-5 minutes with Saku benefitted from it:

Well, everybody but Lubo, that is – trade that guy! :)

Now certainly some of what we’re observing in these first two tables is a quality-of-competition skew – Lubo and Koivu generally weren’t shutdown players, and thus didn’t have to play against the opponent’s best. Still, outscoring in easier minutes is an important part of winning, and goals don’t go in simply because minutes are a little easier.

Koivu is a huge help, and the Ducks are lucky to have him.

And while I’m on a roll, here’s another helper who may or may not be traded soon – Bobby Ryan.

Heck, Ryan was even able to make temporarily-plus players out of Fowler and Beauchemin, who were the only two Ducks skaters to finish the season with a lower plus-minus than Captain Baldy.

Speaking of the captain, let’s take a look at his table, which contrasts the previous three – not many players played better with Getzlaf than without him.

Now I don’t really want to judge the Lubo trade until I see how the freed-up money gets spent, but it certainly looks tough-to-swallow at this point. Visnovsky did have a $5.6M cap hit, but his salary next year was a clean $3M – tough to see how we’re going to get Lubo’s benefits for that price elsewhere.

Crap -- I’m out of blogging time this morning – blame the SBN story editor, which has been buggin’. But this at least gives some analytical food-for-thought on the Ducks’ problem of Lusing Lubo. Feel free to leave your thoughts in the comments -- more (tears) to come later. 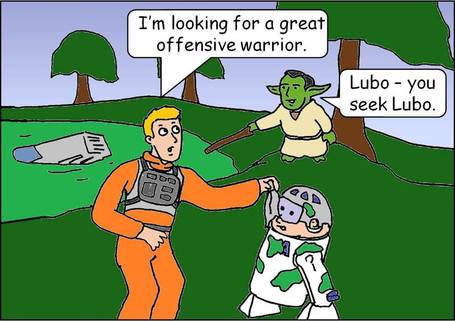