Share All sharing options for: The NHL Color Wheel

I just spent way too long trying to arrange all the NHL teams into a color wheel on my lousy monitor, and I think I'm going blind. It was really hard and I don't actually have a great eye for color so it's probably screwed up but whatever.

Anyways here it is you bastards: 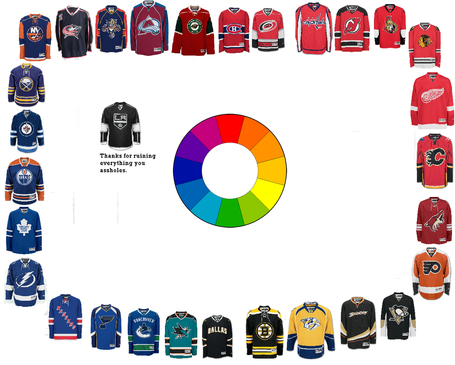 You god damn Kings. I hate you so much.

Okay so for us to do anything else with this color wheel idea the Kings have to go somewhere, so I'm sticking them in the dark blue/purple section, in honor of where they used to be: 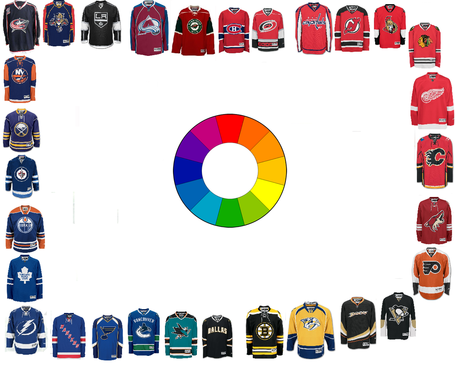 Yeah, that's where you go, Kings.

Okay so we have the NHL color wheel, what do we do now?

Jeeze, you want MORE from me? Haven't I done enough?

Okay how about this: let's imagine new divisions based on some of the ideas of color theory, and try to combine the teams in the most visually exciting way possible. Doesn't that sound fun?

No? Well screw you, that's what we're doing.

I'm going to start with the Montreal Canadiens, the oldest NHL team, and include five more teams evenly spaced from them on the color wheel. This will create five divisions which feature three pairs of complimentary colors, which are aesthetically pleasing. 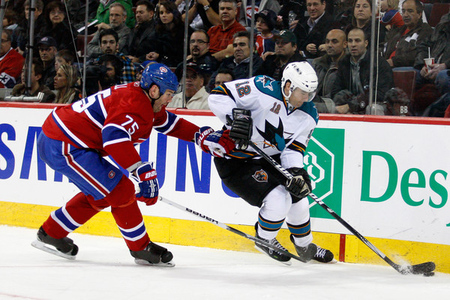 Patrick Marleau always makes sure to wear a shirt that compliments his bow-tie. 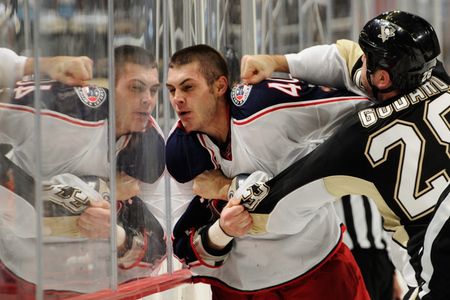 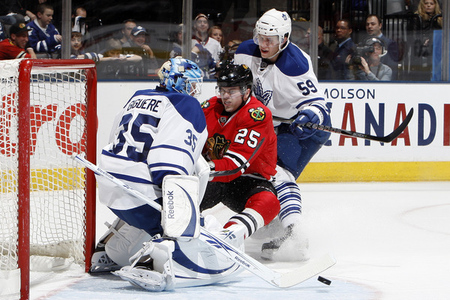 You know what? In this imaginary world where the NHL switches to complimentary color based divisions, we really should make a rule that every team wears their dark jerseys whenever it won't be confusing.This picture would look so great if it was solid red vs. solid blue. 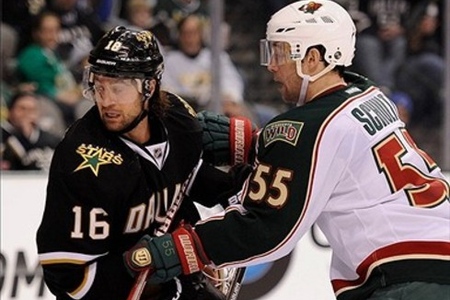 Solid black jerseys totally ruin this color thing. Yet another reason to hate the Stars! 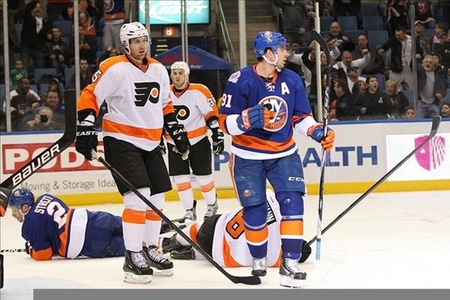 The inclusion of orange on the Islanders jerseys makes this combination work really well. 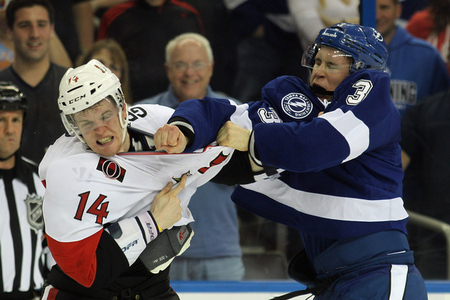 Haha look at how happy that old guy is. He must love complementary colors! 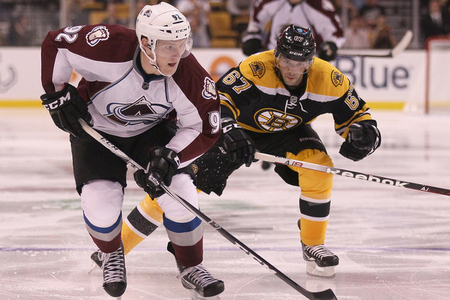 Wow! That Boston guy has a TINY head. 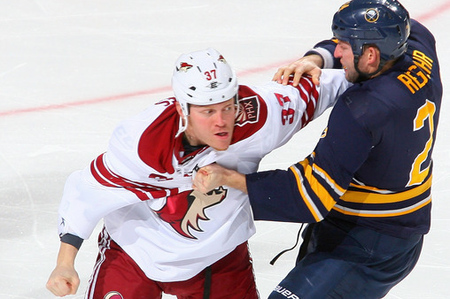 Why is there so much fighting in these pictures? You guys are supposed to complement each other. 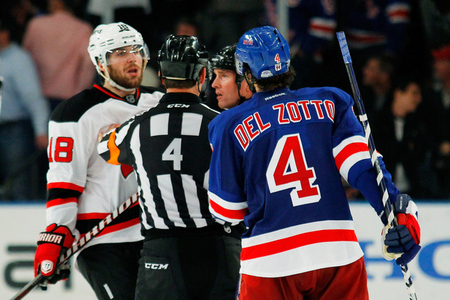 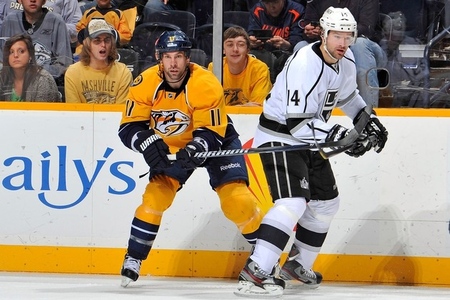 There are quite a few amusing faces in this image. 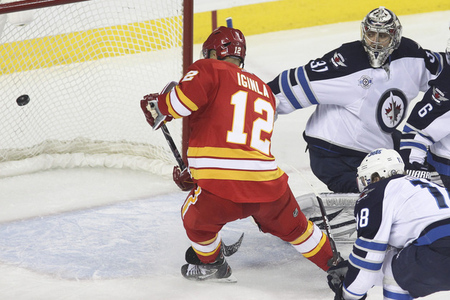 Okay so I guess the only images SB Nation has of these two teams playing have Calgary in their 3rd jerseys? Alright. 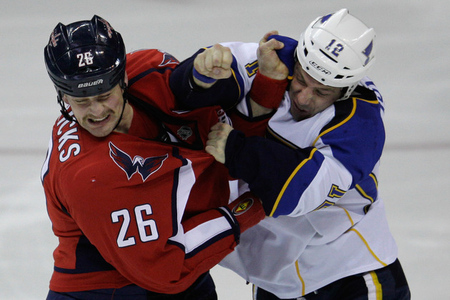 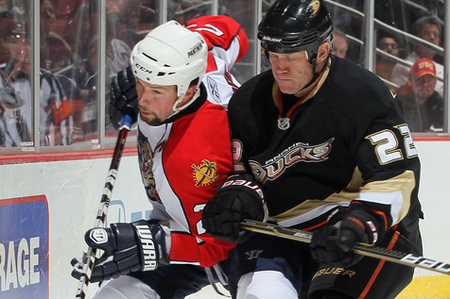 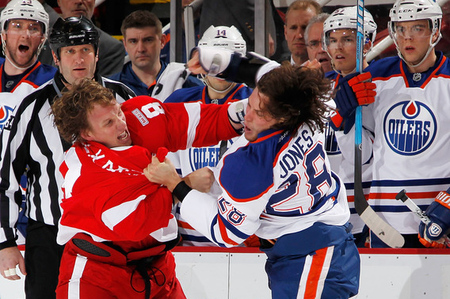 Okay forget what I said about "no more fighting." Fighting rules! 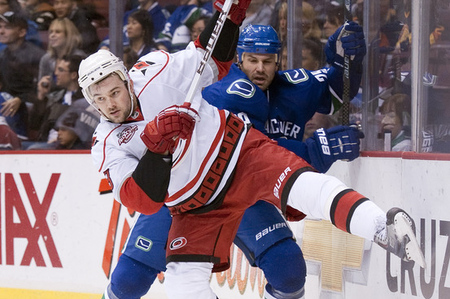 Was this post worth the migraine headache it has given me?

Is the lockout over yet?