It turns out the Mayas were 2/3 right.

Share All sharing options for: It turns out the Mayas were 2/3 right.

(Note: this post is going to start with some stuff I learned copied about Mayans Mayas from this site, but there is big blog news ahead, I promise!)

The Maya calendar comes to an end on December 21, 2012, which some think signifies the end of the world. And who knows? They might be right!

...the Maya's were awfully good at astrology, too. Mysteriously, they predicted in what year their civilization would be overrun by foreigners coming from over the seas. Legend has it they even predicted the world wars. So if a Maya tells you the world will end in 2012, you'd better take it seriously.

But actually, the Maya's never predicted anything concrete about 2012. That may have something to do with our ill knowledge about Maya culture: when the Spanish ransacked the land, they burnt literally every Maya book they could find. Only a handful of scriptures survived. And in them, there's not a clue about what happens when the Maya calendar ends.

So what awaits us in 2012 basically is an open question.

Ready to find out the answer to that open question? Warning: it's a gut-puncher.

Rudy Kelly and I are both retiring from blogging on December 21, 2012. 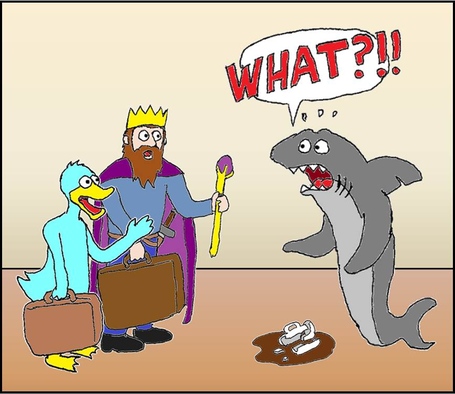 Seriously -- no joke. We're on our way out, off to a permanent pasture in commentsville. We've both been at this blogging game for a while -- swearing and cartooning from nearly lockout to lockout, and it's come time to hang up those blogging mitts once and for all. Rudy and I have been fortunate enough to blog through each of our team's Stanley Cup-winning postseason (you'll get there, Meg!), we'll get to mess around some with the new features in the SB Nation United™ platform, and we'll have some opportunity to dabble a bit into lockout blogging -- but we're suddenly down to our last couple of months.

As for the future of this site, I'm handing Megalodon the keys -- he can recruit or audition however he wants, and I'm sure he'll have some thoughts on that as we begin transitioning, both with this news and with SBN United.

And Rudy and I will always have "Cheechew rights", should we ever down the road feel the need to dust off the keyboard/scanner and piss off our sponsors once again. 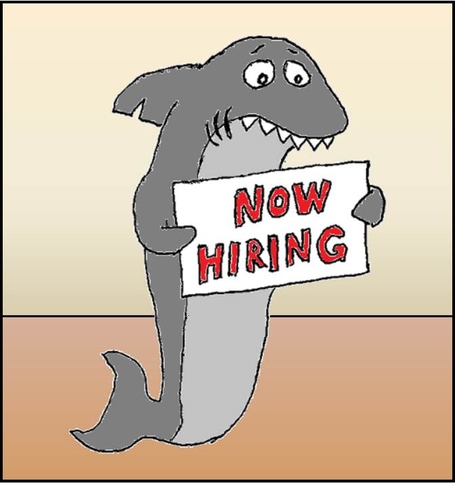 This isn't goodbye yet -- still got nearly three months before the the Maya's clock runs out -- but it's a fair warning and fairly definitive heads-up.

And I'm not really going to explain too much about why retirement just yet -- Rudy and I can each write our own posts for that. ("If hockey does come back, does that change things?" "Maybe.") ("Is this about SBN's site re-design?" "Not at all -- I'm kind of pissed it's turning this awesome on my way out.")

We'll have plenty of time for thank yous, remember whens, and other such reflections, and then -- poof! Suddenly we're off the hook for producing content.

And sure, the retirement date is a bit lockout-accelerated, but it's also the right time. I know it, Rudy knows it, and ages ago the Mayas knew it. But the Mayas weren't worried about it, and you shouldn't be either.

The Maya's didn't really believe in endings: their conception of time was circular, with every end being the beginning of something new.

The end is near.

(except for Meg -- he doesn't believe in Mayas.)