I know I'm going overboard in playing with this tryptic design, but once I had the idea, I had to try it!

Oh, cartooning, you wicked temptress. First you get me in some sort of notoriety when the SBN United logos are released. Whoops -- only one of these things is not like the others?!

Then yesterday we get another bump in random traffic, as folks around the network start saying, "Hey, check out what Battle of California did with their cover." "Battle of who?"

In case you missed it, here was that gimmick -- lame and awesome all at once: 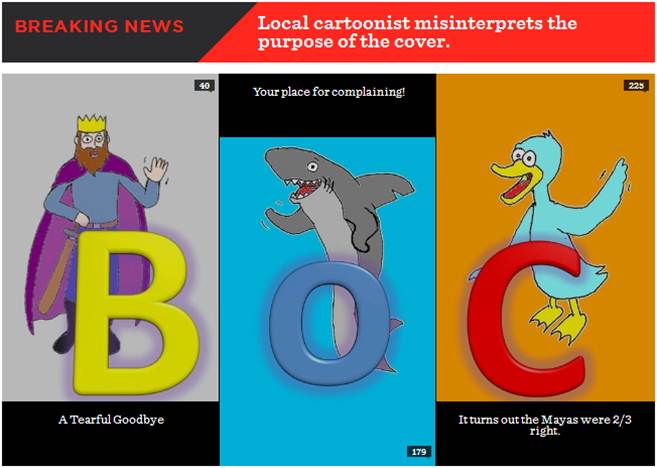 And yet I can't fully stop myself, dammit. I know I'm on my way to retirement and all, but a new toy is a new toy -- I had to test it out!

Regular readers can attest -- I'm not nearly diligent enough to do this daily, or even regularly, so don't expect new tryptic covers to appear very often.

But hey -- yesterday was about excitement. A new blog upgrade! Today? We're still fans who are locked out of our sport. And the new cover reflects that dumb reality.

So anyways, if you like the new design, go ahead and rec this post. Wait, where'd that feature go? :) 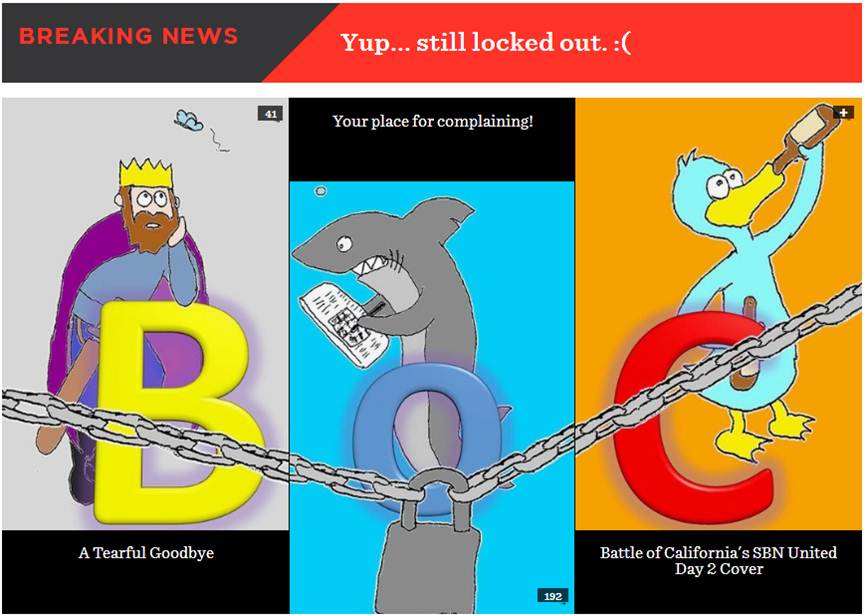