Share All sharing options for: LSD and Playing Hockey

Continuing our series catering to the significant portion of our readers who are drug-addicts, today we'll look at the effects of LSD on the body and mind, and what that might mean for playing hockey while using the drug.

The standard physical effects of LSD (lysergic acid diethylamide) include:

pupil dilation, reduced appetite (for some, it increases), and wakefulness.

So it sounds pretty comparable to a cup of coffee. That's not too bad. We all know the stories about Nikolai Khabibulin guzzling coffee before games, and he's an all-star.

Other physical effects of LSD are unpredictable and vary from person to person. They include:

The rest of those things would all hinder your ability to play hockey to some degree, and if you somehow had ALL of those effects at once you would be one crazy drooling jaw-clenching vomiting numb little monster.

So you'd basically be Gary Bettman, I guess - and that dude sucks at hockey.

Some psychological effects may include an experience of radiant colors, objects and surfaces appearing to ripple or "breathe", colored patterns behind the closed eyelids (eidetic imagery), an altered sense of time (time seems to be stretching, repeating itself, changing speed or stopping), crawling geometric patterns overlaying walls and other objects, morphing objects, a sense that one's thoughts are spiraling into themselves, loss of a sense of identity or the ego (known as "ego death"), and other powerful psycho-physical reactions.[17]

If we're being honest, those hallucinations would probably screw up your ability to play the puck. At the very least you might be a bit hesitant to skate on an ice surface that seems to be breathing.

"Ego death" could be beneficial I suppose, if it comes in the form of your own identity merging with that of your team. You would become the greatest team player of all time.

If the user is in a hostile or otherwise unsettling environment, or is not mentally prepared for the powerful distortions in perception and thought that the drug causes, effects are more likely to be unpleasant than if he or she is in a comfortable environment and has a relaxed, balanced and open mindset.[19]

Uh oh. So if you drop acid before a road game and people are booing you and stuff, you might feel like the air in your lungs has turned in to liquid spiders and they're trying to force their way out through your chest so they can eat your genitals.

And I can tell you from personal experience that is NOT a pleasant feeling.

Changes in auditory and visual perception are typical.[18][20] Visual effects include [...] after image-like trails of moving objects ("tracers") 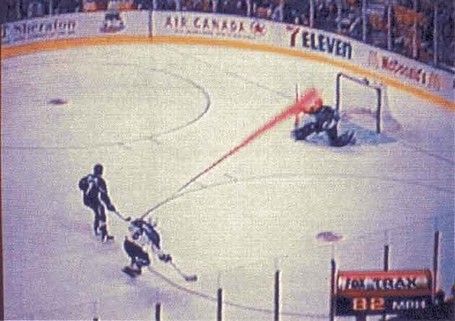 That explains so much!

I found a few different relevant sources for information on the subject of LSD and sports. First up is the always-reliable Yahoo! Answers:

Does LSD effect your ability to do sports?

i am concidering doing lsd and im am about to start basketball. will the lsd effect my overall speed or performance after only one hit?

The best answer to this question was provided by "wooosh," who said:

Unless you're playing with a few friends that are fine with you doing LSD, or you're just shooting some hoops, I really wouldn't recommend doing it during a school or extracurricular activity, since the number of people and the environment can set you up for a bad trip, and also people could most likely notice whether or not you're on LSD.

Not much detail on how LSD actually affects your ability to play a sport, but I'll count this as a vote against trying it.
Next we have a few opinions from drugs-forum.com:

My friend played football in H.S. and often dropped for the Friday night games. We all knew about it and would go just to see him. He was an animal!

Another friend played pool (billiards) on LSD once and he could not miss, seeing the trajectories, as with your basketball, as solid lines. He made double banks and all kinds of shots that were impossible before!

Wow! Apparently taking LSD before you play pool (billiards) turns you in to Steve Urkel in that one episode of Family Matters (the poor man's Hangin' with Mr. Cooper).

As for the eccentric, he doesn't really get into many sports, but he has certainly noticed increased reaction time and motor coordination while on LSD. He has ran across logs in a stream like they were nothing, caught a glow stick flying in from his peripherals before he even knew what was happening, juggled (only time he has ever actually successfully juggled was on LSD), and even glow stringing and poi balls become easier to maneuver.

Okay I think this dude is talking about himself in the third-person and he calls himself "the eccentric" but I don't see why we shouldn't believe him when he says he got super-human reflexes from LSD.

Although it is a quazi sport it still is a fast paced, coordination type activity. Back in the tripping days I would sometimes sit and play Quake 3 online.

Ahahahaha what a loser.
Hockeyforum.com actually has a short thread discussing LSD and ice hockey, which includes gems like this:

All drugs are bad. Most people who have done them are still on them or regret doing them.

Idiots and their drugs...sometimes I forget this forum is not mostly adults like the politics and firearms forums I frequent.

You'll grow up some day. Until then, have a nice life.

Finally, as we try to determine if LSD would help or hinder your ability to play hockey, we have the story of Dock Ellis to consider, who pitched a no-hitter while under the influence of LSD. Snopes.com says that this story is true, but points out that no one but Dock Ellis really knows for sure how much he was actually tripping balls while pitching.
Whatever, Snopes. I have my own rating system for stories like this. I proclaim Dock Ellis pitching a no-hitter while on LSD to be Too Awesome To Be A Lie.

The best-case scenario for combining LSD and hockey would turn you in to a low-level superhero with the ability to make amazing bounce-shots off the boards and a sense of transcendent spiritual oneness with the rest of your team.

The worst-case scenario would involve freaking out because of all the sharp blades around you on the ice and climbing in to the stands to do battle with the horrible giant shark-man that's biting the heads off of people in the crowd.

So, you know, it could go either way.

And now, a final word on LSD:

Taking LSD was a profound experience, one of the most important things in my life. LSD shows you that there’s﻿ another side to the coin, and you can’t remember it when it wears off, but you know it. It reinforced my sense of what was important—creating great things instead of making money, putting things back into the stream of history and of human consciousness as much as I could.

Okay, SURE, that sounds absolutely incredible, almost magical, but what hippie loser was it who said that, anyways?

Oh, it was Steve Jobs?