Kings still have no wins

We have to wait three days for Kopitar to rise again.

Share All sharing options for: Kings still have no wins

With Anze Kopitar out with a leg injury, the most rational thing to do right now is to panic and claim the shortened season is already wasted. Conclude the process with clinging to the fact that the Kings won a Stanley Cup and reinforce the belief that this season doesn't count at all. Hooray for the lockout! 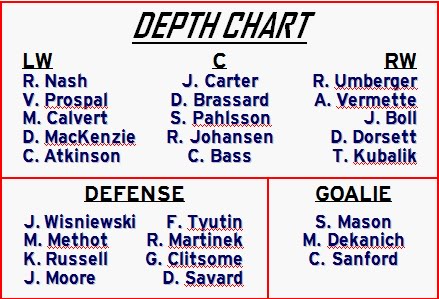 So with Carter set to take up a center spot with Raccoon Jesus sidelined, who will share Mike Richards's flask between shifts? Brown? Given his past failings with drinking anything Richards probably doesn't want to risk it. Lewis? I'd say no because for Richards that would be like having lunch with the kid with head lice at school. Go ahead and make your own joke about "other" lice with Carter and/or Richards. Also, Drew Doughty would be upset Richards was stealing his BFF. Nolan? Is he even old enough to be allowed to drink? Not that that would stop Richards, so it's a possibility. The Kings seem to have better depth and aren't idiots, so their enforcer won't have a shot (unlike Columbus). Sorry, Westy. Brad Richardson is a pretty good fit, though I think after a while his self-perceived hotness may force Richards into drinking while settling in for face-offs.

And lastly (and most obviously) there is Justin Williams. If Penner is on the left side chugging maple syrup and booze, Williams would be a good fit for booze and Red Bull. So here's my completely accurate take:

That's not too bad, but I still don't like the Columbus-eque move of having Carter at center. Brown seems to play better on the left also, and Gagne will probably get hurt again. Plus, since "The Americans" is debuting soon (nice product placement, right FX?) I would also like to see Lotkionov see a stint. So...

Or if you hate Russians and don't like Columbus's ideas:

Eh. Me, I lean towards calling up Lokti. Brown and Williams can carry him if he struggles, and Richards keeps his entourage/drinking buddies.