Another Cold War: Why NHL Players Need a Thriving KHL

Ryan O'Reilly, Jamie Benn, and P.K. Subban should all go play in Russia.

Share All sharing options for: Another Cold War: Why NHL Players Need a Thriving KHL

"Life is nothing but a competition to be the criminal rather than the victim."

In theory, capitalism is the best and fairest economic system because free and open competition leads to fair prices, as producers compete for consumer dollars, and fair wages, as employers compete to hire the best workers. Company A won't mistreat their employees or pay them less than they are worth, for example, or Company B will hire all the best ones and become more successful.
This is how it works in theory.
In practice, capitalism all too often ends up with the super-rich making their own rules to grab up even more money for themselves, and everyone who DOESN'T eat a bowl of diamonds for breakfast every morning gets hosed.
Which brings us to the current state of the NHL. 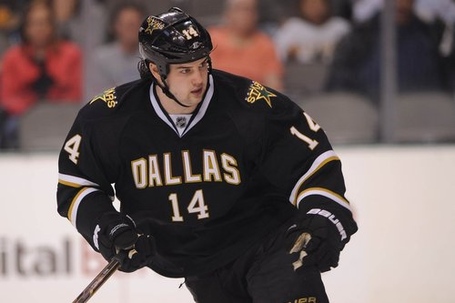 In the NHL, the mechanisms which are supposed to ensure players are paid salaries commensurate with their worth are broken. When talented players are being treated unfairly by their teams - as is the current case with young stars Ryan O'Reilly, Jamie Benn, and P.K. Subban - other teams should step in and compete for their services. These players SHOULD be getting offer sheets from other teams, but they aren't - because of some vague gentleman's agreement or whatever the hell it is. The point is, "offer sheets" are permitted by the CBA to address precisely this kind of situation: to provide a bit of that free-market capitalist pressure on teams and ensure they pay players what they deserve.
But it doesn't work like that, at all, so we need to look elsewhere for our Company B to compete with the NHL owner cartel. We need to look to Russia.
The players would benefit enormously from having a viable number two league to compete with the NHL. The NHLPA should be doing all it can to encourage the growth of the Kontinental Hockey League, and they can start right now by encouraging players to seriously consider that league as an alternative during this shortened season. If the Avalanche are going to be dumb enough to refuse to pay Ryan O'Reilly what he is worth, then he should stay in the KHL. And Jamie Benn and P.K. Subban should go play with him, if their respective teams also insist on low-balling them and no other NHL teams step in with an offer sheet to make it right. Having three young NHL stars playing in Russia for a year will be a great boost for the KHL (think of the media attention they'll get all season long, especially out of Montreal!) and will hopefully serve as a wake-up call to the NHL that there is a limit to how poorly you can treat players before Russia actually seems like a better option.
The KHL is the second-best league in the world, and it has already made it clear that it has ambitions to one day rival the NHL on the national stage. That league would make an ideal partner for the NHLPA to use to strengthen their bargaining position with the owners. The first step comes now, with these three young players spending a half-season in Russia. We'll have another handful of players doing the same thing every season from now on, and people will start to get used to it. The KHL will slowly attract more and more fans, and will stand ready to pounce the next time the NHL owners consider locking out the players. 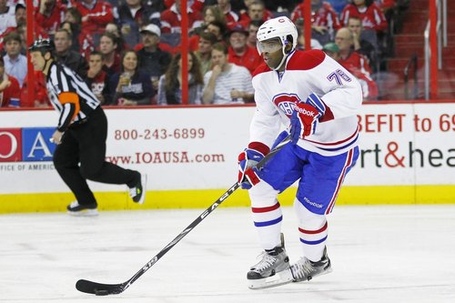 Picture this: it's time for the next lockout. We're close to the deadline to start the season, and the owners are being unreasonable greedy monsters, just like always. Then someone in the media gets word of a massive secret deal, years in the making, between the NHLPA and the KHL. NHL players would travel to Russia en masse. There would be a league-wide fantasy draft of all the NHL players, broadcast online. All the games would be available live for free on the web, and some random cable channel has agreed to purchase the rights to show the games during prime-time. The lockout would end within a week, or the NHL would lose its place as the premiere hockey league in the world.

If there aren't secret logistical plans in place between the KHL and the NHLPA for how this mass exodus would work by the time this new CBA expires then the players are fools. A powerful KHL is the only thing that can stop another lockout and more player givebacks, and it can all begin this season with a trio of young trailblazers.