Nationalized Hockey League: Why the U.S. government should take over the NHL

Share All sharing options for: Nationalized Hockey League: Why the U.S. government should take over the NHL

As long as you aren't a deranged lunatic you probably agree that certain aspects of our society are too important to be left up to the whims of the free market, and should be the responsibility of the federal government. Things like national defense, the postal service, and food safety are all controlled by the federal government in the United States, and recently the government has taken a greater role in health care as well, an action which has been met with widespread praise and acclaim.

For the good of society at large, some industries simply MUST be operated by the federal government.

I believe that the National Hockey League is one of these industries.

As this last lockout has demonstrated without a shadow of a doubt, the men and women currently in charge of the National Hockey League do not have the best interests of the league, the fans, or society at heart. Twice in the past decade they have been willing to scrap a significant portion of their season to improve their bottom line, clearly not caring one bit about the thousands of people they are directly putting out of work, the hundreds of thousands of employees of businesses negatively impacted by cancelled NHL games, and the millions of fans who suffer emotionally due to this betrayal.

This cannot be allowed to continue. For the good of us all, these monsters must be stopped. It's time for the National Hockey League to be run by people who are truly accountable to the will of the public.

It's time for the United States government to assume control of the NHL. 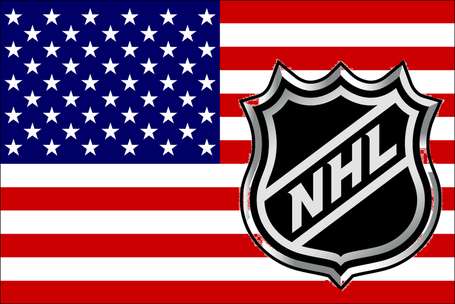 This kind of action would not be without precedent in U.S. history. In the past, to serve the public interest, the U.S. government has taken over banks, railroads, airport security, and power companies. A sports league is a relatively simple matter, in comparison. The federal government would be well within its authority to employ the power of eminent domain to seize control of the league and all of its assets, since any rational judge would only need about five minutes to see that the league isn't currently operating in accordance with the best interests of the public. The owners would be fairly compensated (although based on the whining of a lot of league owners about how much money they're losing, they should really be paying the government to take their teams off their hands) and the National Hockey League would become the property of the United States.

Just think: run properly, by people who actually care about the fans and the product more than short-term profit, the Nationalized Hockey League could actually make a lot of money for the country, in the future. Rather than lining the pockets of plutocrat billionaires, every dime from ticket sales would either go back into making hockey the best it could possibly be or it would be used to pay down the national debt.

There is literally no down side here. It's a no-brainier.

Now that I have undoubtedly convinced all American readers of the correctness of this course of action, I'd like to address some possible complaints from Canadians who may be having this article read aloud to them. I'm sure some of you are feeling a little bit peeved at my proposal that the U.S. government take ownership of your national sport. In between sips of milk from your primitive bags (the bottle having not yet been invented in Canada) you're probably muttering: "How dare you, eh? Why should the U.S. get to take over CANADA'S game?"

Allow me to explain.

First, it is important to remember exactly who saved the NHL from this last lockout. It wasn't Wayne Gretzky, or Sidney Crosby, or your fearsome Moose King. It was Scot L. Beckenbaugh, a U.S. federal mediator. Scot is an American. He went to American schools, and his salary is paid by American taxpayers. When the NHL needed a hero, it was an American federal government employee who saved the day. Sure we still lost half the season, but it's thanks to Scot, the government that employs him, and the country that raised him, that we are getting any hockey this year at all.

That's what we do, after all. We're Americans. We may be late to the party, but when we show up we kick ass.

The second reason why it should be the U.S., and not Canada, that runs the NHL is the simple fact that the National Hockey league, as a business, is an American enterprise, not a Canadian one. The vast majority of NHL teams are based in the United States, just as the vast majority of team owners are Americans:

(Astute readers may note that I listed the owner of the Coyotes, the NHL itself, as American. I think I've proven pretty conclusively that this is the correct call.)

So since the NHL is quite clearly an American business the U.S. government has the authority, both legally and logically, to take control of it.

Of course, there is really only ONE relevant question in regards to any complaints Canadians might have about this issue: how exactly do you propose to stop us? 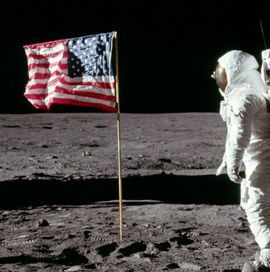 We need to do this now. Before fans are lulled back into complacency by exciting games and media spin. Before we forget the names of the criminal team owners who played us all for chumps. To make sure this same awful garbage doesn't happen again in ten years. We need to do this, right now.

President Obama, you still have never been to a hockey game, but you can become the hero the league needs at this critical moment by leading the charge to nationalize the NHL. I'm sure it will go over just as well as the whole health care thing did.