Jer gets drunk and watches The Mighty Ducks in honor of tonight's throwback Senators @ Ducks game.

Today's home game against the Senators is a "throwback night," to honor 20 years of Ducks hockey.

I thought I'd participate in throwback night by watching the movie that started it all, 1992's The Mighty Ducks. I haven't seen it since I was a little kid, and I thought it'd be a good excuse to revisit it. However, movie reviews are boring, and I don't know how to write them anyway.

So instead of just watching the movie, I decided to get really drunk on cheap gross beer. I then wrote down thoughts as I watched the movie. I am presenting you with all of these drunkenly written thoughts below, unedited (so please forgive the typos and grammar errors).

Speaking of The Mights Ducks, if you haven't already read it (because you have been on Mars, in a cave, with your eyes shut and your fingers in your ears), you should go read The D2: The Mighty Ducks Rollerblading Sequence, Analyzed written by one of our readers.

The Mighty Ducks
As Reviewed By A Drunken Jer

Movie starts off on the nonsense premise that a penalty shot will either win or lose the game. There's no conceivable situation where this would be the case in a hockey game. God this movie fucks up right at thew starte.

Of course Gordon Bombay misses the shot. What a jerk. He really lets his coach and team down.

This next scene where Gordon Bombay is a lawyer is probably filled with implausible lawyers sitations that fans of attorneys could point out.

Oh man, Bombay has a JUSTWIN license plate. Classic Bombay. Now he just got pulled over for driving drunk.

Now he's in court in front of the same lawyer and DA he just insulted while he was their peer? That seems like a conflict of interest.

Bombay has to do 500 hours of community service but he also gets a jolly driver to get him around town.

Oh man, this ragtag group of kids just put dogshit in a purse. It's kind of like a metaphor for the movie. It's dogshit.

Goldberg refuses to let the puck hit him in practice, he's about a good of a goalie as Dunn was in highschool.

That loser kid is wearing a Sharks tshirt. No wonder this team sucks so much, they have horrible role models.

Oh man, we get to see these kids' first game, and their opponent sure seems to know how to play hockey. No praity at all in this league.

Hahaha, the Hawks have a Second Place Banner what idiots you don't raise a secnd place banner. 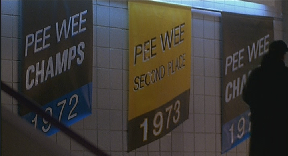 why do useless banners seem so familiar too me? oh yeah... 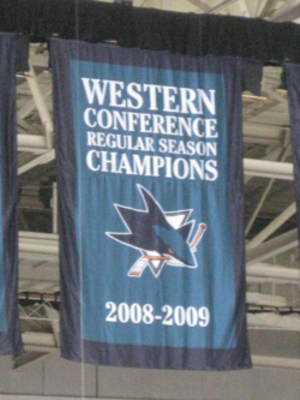 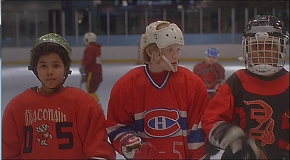 man are these refs blind? interference, charging, nothing is being called.

jesus christ they nearly killed charlie conway with boarding and no one called anything.

well they sure lost that game.

oh i guess that was uneventful.

Hahaha Gombay is teaching them the Vancouver Canucks method, diving on every possible play.
and they still lost when they dived.

Bombay is trying to get it on with Charlie's mom.

What the shit, they were just given $15,000 to buy hockey equiptment?! in 1992? according to this dumb inflation calculator i just found online that's the same as $25,004.67 today. that's a lot of fucking equiptment.

they tied a kid down and just started pelting him with pucks thats good coaching.

hey that alley goon is going to join the team

rollerblading through the mall of america!!!!! let's get some roller blsdes, guys

man even these kids are skeptical about the name Mighty Ducks for a hockey team.

oh no they're quaking stop.

and now one of theur players in concussed he should be ni the quiet room. oh man they're letting him play this is irresponsible.

Oh sneaky Bombay, finding some loophole to steal a kid off the rival team and force hmi to play for the Ducks.

Bombay is quitting coaching what a quitter.

i will not quaxk at the principle.

man their newspapers are covering peewee hockey? the north stars must have really sucked back then

wait did these kids make the playoffs after just two wins? what is this.

shit is gettign real between charlie's mom and coach Gordon.

there's full contact in this league but does peewee ever have full contact? most adult rec leagues don't allow it these kids are going to die

haha that kids dad won't even cheer for his own son on the Ducks he still cheers for the Hawks what an asshole.

the hawks are winning 3-0 i bet the mighty ducks lose and then the movie is over.

they're taking a kid off on a stretcher i told you they were going to kill someone.

THE FLYING V THE BEST HOCKEY PLAY EVER KNOWN TO MANKINDD

i think thats; offisdes guys man these refs are the worst

PENALTY SHOT THIS COULD WIN THE GAME OH MY

what a moving speech by coach bombay

truly this is the greatest movie of our generation.