So even though I went to last night's Throwback Game at the Honda Center with Jer, and even though we at one point talked briefly about the State Rape gag in general terms, I really wasn't paying attention to the fact that the Mighty Ducks were becoming the third straight California team to take two points from the visiting Senators. And even though I'm retired, I suppose I still have one recurring obligation on this blog. :)

This one was a little trickier than most, insofar as it's a province, and that province does hold both Ottawa and Toronto. So I did have to scratch together this little introductory toon that hopefully lets Leafs fans know they're being unfairly thrown into this carto-porno-graphic tradition, at least at this moment in time... 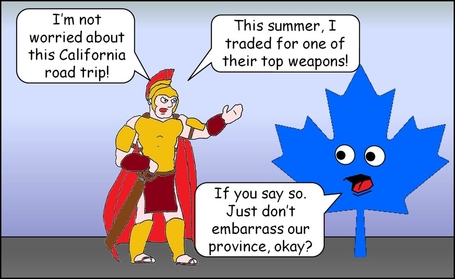 Of course, that weapon being referenced is Bobby Ryan, and individually his trip through California went just fine. Just for fun, I've separated his results from the rest of his new teammates':

This is once where I'd place a page break so parents could send their children into the next room... :) 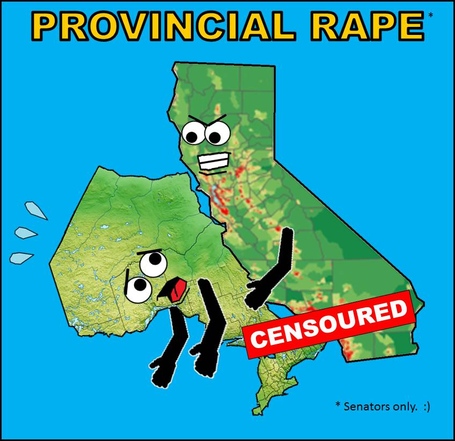