On player selection in the shootout but, far more importantly, the Ghostbusters game for the Sega Genesis.

My 75th-favorite video game is Ghostbusters for the Sega Genesis. It was pretty damn amazing. It had four different levels accessible from the start which you could play in any order you wanted, which was a fun feature, and you could play as any of the three original Ghostbusters, each of which had their own individual speed and health stats. As a tribute to the Calgary Flames, check out the video below for a glimpse of the fire-themed level, "Woody House."

This video SHOULD start playing at the 2:23 mark, thanks to Jer's assistance. If it doesn't start where it is supposed to, please curse Jer's name.

So fun. I want to go play this right now. But unfortunately, I have to write some bullshit about hockey first.

The Sharks lost their last game in a shootout to the Dallas Stars. The Sharks didn't play particularly well for most of the night (I think they were missing Dan Boyle's ability to start the flow of offense) and were probably fortunate to have gotten a single point out of the game.

Shootouts are exciting, but they're also really weird. Since they don't come up that often and are almost certainly not something an intelligent coach would waste time practicing, making the choice about which players will take part in a shootout on a given night is an interesting strategic puzzle.

As a coach, should you go with shooters who have historically done very well in the shootout? Probably. But what about players who have had really strong games that particular night? Is that an important factor?

And what about the ORDER of players? Do you put your strongest shooter first to try and build a lead and put pressure on the other team, or do you save your best shooter for last and trust that they have the best chance to deliver in the big moment and win the game?

And what happens when the shootout is tied after the opening three rounds? How do you prioritize your choices? How long should you wait before letting a defenseman take a shot, and should he get a chance before or after one of your fourth-liners?

For the shootout against the Stars, Todd McLellan chose to have Joe Pavelski, Logan Couture, and Brent Burns take the shots. None of them scored, so were these just bad choices? Let's look at their career shootout statistics:

Joe Pavelski is the best shootout guy the Sharks have. He's taken part in far more than any of the other players, with 61 attempts and 24 goals. That's a shooting percentage of 39.3 which isn't that great compared to some of the shootout superstars in the league, but is significantly above the league-wide average.

Logan Couture could very well be the second-best shooter on the team, but it's difficult to say since he doesn't have the volume of attempts that Pavelski has. Couture has 20 attempts, 7 goals, and a 35% shooting percentage.

Brent Burns being selected to participate in the shootout surprised some people, since he isn't typically thought of as having the fancy moves or super-accurate shot that would seem to lead to shootout success, but as far as the data is concerned he was a fine choice. He's only taken 18 shootout shots, but he's scored on 6 of them. Shooting at 33% in the shootout seems to be good enough to be just above average in the league, so great work Burnzie. 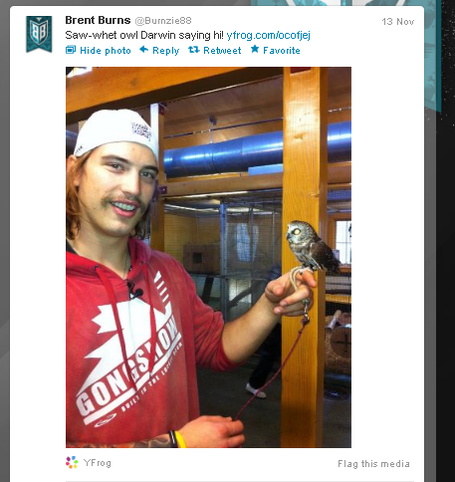 A lot of fans wondered why Tomas Hertl wasn't selected to take one of the shots in the shootout, since he has, so far at least, certainly appeared to have the right skills. The problem is, though, that's it's impossible to say with any certainty whether or not he would actually be GOOD at shootouts. We won't know until he's made enough attempts for us to start to draw reasonable conclusions, and with no data to go on McLellan can't really be faulted for going with three players he knows are, on average, pretty good choices.

In fact, if you agree that it's smart to go with players with NHL shootout experience, then the three players McLellan chose were pretty much the ONLY good choices he could have made. Looking at the stats, the only real other choice would have been Patrick Marleau, but his 30% career success is worse than Pavelski, Couture, or Burns, so why bother?

The very best shootout percentage on the team belongs to Raffi Torres, at 41.7%. That's from only 12 attempts, though, and is likely a bit too high. Plus, thank goodness, Torres isn't playing right now. So that option is off the table.

And finally, the only other option that MIGHT come to mind is Joe Thornton. But Thornton is 2 for 9 career in shootouts, so there's really not a good reason to let him shoot ever again, unless of course he already has three goals in the game.

So did McLellan choose wisely? Sure. By some measures he made the best possible choice he could have made.

And yet none of the players scored, and the Sharks still lost. So clearly it's tricky.

It's a conundrum, is what it is.

Prediction: At the risk of jinxing things, I'll just say the the Sharks are definitely going to score five goals and beat the Flames.