You heard me. What are you eating or drinking? Does it have pumpkin spice as the main flavor? No? Well, fuck you bub, add some goddamn nutmeg and cinnamon and pumpkin flavor. I don't care if you're eating a quesadilla, it's now a pumpkin spice quesadilla, because it's fall, fuck-o. The first term of G.W. Bush was a referendum on the major flavor of autumn, and we as a society decided that is was "pumpkin spice" from September to December. Love it or leave, asshole. 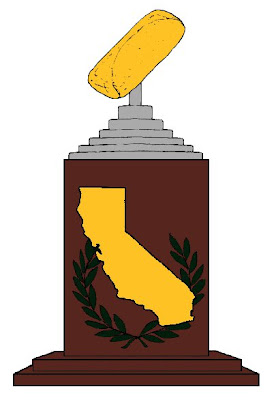 Tie game, so we're going to the shootout.

Earl gives teens the straight dope about the Inland Empire.

"Unfortunately, there was no protection used, and that’s how Ontario, California, was transmitted."

The best pumpkin spice of the rest

Jer proves to be a communist islamofascist subverter.

DodgerBlueBalls had a rough week (probably), but this made me laugh and laugh.

Nobody listens to you, Ang

Except for StarsFanatic. I think you found a new friend there.

This is the first commenter to really earn this burrito. It's got everything that's so amazing about how we communicate on the World Wide Web. Shit talk (about a game that went to a shootout) that ends up making you look worse. Limply and intentionally using the wrong username ("MegaBad" is just so hurtful). Replying to the wrong thread. Ending with "stay classy," the "I don't think so" of this generation. So congrats, StarsFanatic, you're earned it.

Where's your Stars are gonna lose so badly????

They are gonna beg the league to save them… I love it when this guy (MegaBad) talks bad about the Stars & we own you. So please keep up the jabbing. It always seems to work in our FAVOR! Stay classy CALI!!!!