Now that everyone has seen that the Kings' lord and savior is the one and only Dwight King, the biggest question moving forward is what else is Dwight "I make my own soap" King capable of? One day it's scoring a hat trick, tomorrow it's solving world hunger. Though for Dwight, his answer may in fact be eating people, so one step at a time. But does hockey have to be King's only profession? He has the capacity to do so many heroics it doesn't seem right to make him choose just one job. Why, for all we know Dwight already does work with other organizations! I mean, we don't know the identities of all the members of Seal Team Six. Dwight's number is 74. Seven minus four is three, times that by two (the split lives of Dwight King), and bam. Six. Seal Team Six. It was all so obvious. 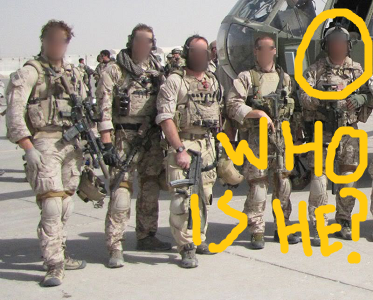 Clearly Dwight wants to keep this on the down low given the high profile he carries as the Pacific division's top winger. Think of it as a Hannah Montana type scenario. Except with hockey, guns, and terrorists (call me, James Cameron!). Here's some other jobs the King of Kings has going on: 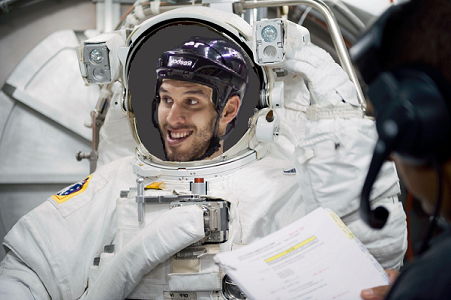 If Axe Body Spray has taught me anything, it's that everyone loves spacemen. And wouldn't you know it, Dwight King is an astronaut. It is also required that Dwight wear two helmets while astronaut...ing. Safety, you know? Gravity? Based on personal experiences of one Dwight Eisenhower King. The best part about this gig for Dwight is disposing of the bodies with relative ease and certainty the research being conducted. Atta boy, Dwight! 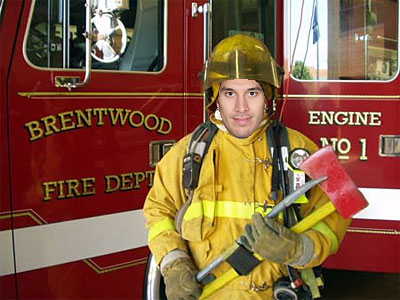 Ever seen Backdraft? That was Dwight. He's always been known as a great people person, and as a comforting face in times of peril, so it was a natural fit. Everyone has come to know and love Dwight, who thanklessly toils at the station regularly. He also never parts with his trusty axe, whom he calls "ol' one chop only". Dwight Howard King also has been known to volunteer to deal with the more "gruesome" calls in, thus sparing his fellow firefighters the truly horrific scenes that Dwight spends hours on fascinating over cleaning up. 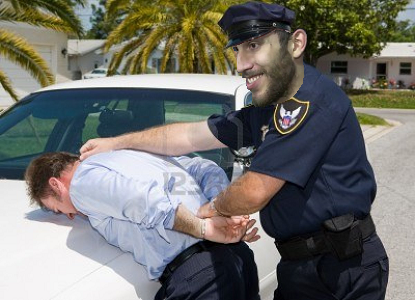 Dwight Jesus King also offers his services to law enforcement. Inspired but such works as Dexter, The Bad Lieutenant, and Silence of the Lambs Dwight has left his mark permanently on thankful communities. He routinely is the recipient of the annual "Most Thorough and Vigorous Frisker". It really looks like Dwight loves his job!

The Kings played their best hockey all season during the first ten minutes of their game against Phoenix. Unfortunately, they followed that up with the mediocre at best play for the next 40 minutes. To be fair, Thomas Greiss, who came on in relief of noted dick head Mike Smith, performed some Kari Ramo quality goaltending. Thankfully, the King followed up with another great 10 minutes to close the game out at 7-4, and win after losing their 4-0 lead. It was a weird game, and though I know I will now either be blamed for the collapse or called a liar, I mused that the Kings would probably blow the lead because they like to fuck with people. Especially their fans. Still, they won, and Dwight King scored a fuckin' hat trick. It was pretty amazing to watch his last shift and everyone screaming to pass it to him. Everyone loves Dwight King.

The Oilers come into town sucking a sack of balls, and so while this should be a win, the Kings like making life difficult. They also have a tendency to make crappy goalies look like All-Stars, so I am not too confident here.

Prediction: Jason Labarbera is a shitty goalie AND a former King. Los Angeles and The Dwight King will be unable to break through and lose 2-0.