When he was in school, he was beaten up by a bully and wet himself. He returned home to his foster parents where his powers awakened.

I rest my case. 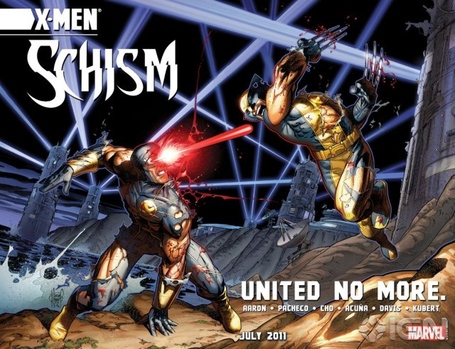 Wolverine is the perfect representative of the San Jose Sharks this season. He's Canadian, he brutalizes his enemies, and he doesn't let injuries slow him down:

Injury perspective: At this moment #sjsharks are missing 6 guys in lineup that would have been starting opening night.

This past Sunday, the Sharks played their worst game of the year and still somehow beat the Senators 5-2. Anytime a team gives up 40 shots and still wins there's plenty of luck involved, but as Fear the Fin noted in their breakdown of the scoring chances in the game, the Sharks managed to limit the Senators to just twelve actual scoring opportunities. That the Sharks managed to match the Senators in scoring chances while playing the second game of a back-to-back and despite having their lineup depleted by injuries is just incredible.

With so many important players out of the lineup, the Sharks are going to need to continue to rely on solid performances from their younger guys in order to hang with the Kings. While the Kings don't have the same impressive early season record as the Sharks this year, Los Angeles is right behind San Jose in a lot of the metrics that indicate how well a team has been playing. Over the full 82 games this year, the Kings are likely to be the biggest rivals for the Sharks in terms of the all-important Pacific Division championship.

Of course in the end, we all know how that's going to turn out.

Regardless of what the San Jose lineup looks like for this game against the Kings, one thing is clear: Mike Brown has no business being anywhere near an NHL roster. Seriously, he sucks. His only skill is as a fighter, and the science has been done in that regard and we know fighting doesn't help you win the NHL so peace out, Mike. Go wax your mustache in the press-box. 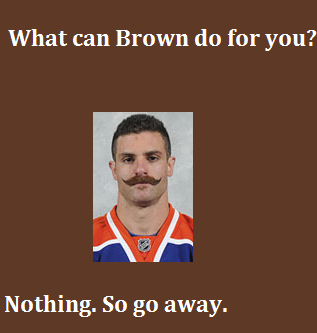 Video Gamery: My 70th-favorite video game is X-Men 2: Clone Wars for the Genesis. In that game, as in everything else, Wolverine is way better than Cyclops (and Nightcrawler is better than either one). Observe: