I don't know what the heck this is about:

I got my eyes on you! @Starbucks

But at least it gave me an idea.

What do the San Jose Sharks order when they go to Starbucks?

Judson Couture: He wants the decaf.

Matt Irwin: He drinks camomile tea with soy milk and Stevia because he looks like Todd from Breaking Bad: Marty Havlat: A grande extra-hot double oh god he already spilled it all over himself the burns are horrendous.

Tyler Kennedy: What? I'm sorry, I was distracted by Kennedy's god-awful roster picture:

Brent Burns: Whatever he orders, just TRY to get the image of all the foam dripping off his terrifying beard out of your mind.

Antti Niemi: Niemi drinks Juhla Mokka coffee at home, all by himself, praying that some day the Sharks will have another Finnish player so he can make a friend.

Joe Thornton: Blonde roast, because he's blonde. He always points this out while ordering and chuckles at his little joke.

Raffi Torres: He just asks for ice water and then sits in the best seat in the place all day using his laptop. 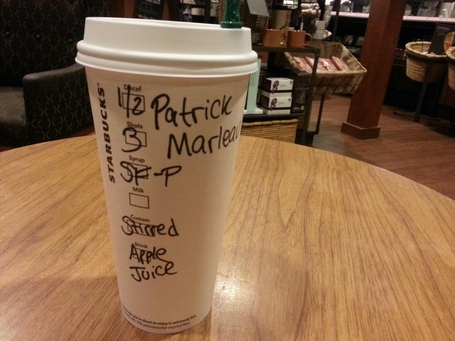 Patrick has ordered this specific drink at least twice a week at the local Starbucks for the past three years in an attempt to get the baristas to recognize him and call the drink "the Patrick Marleau." So far it hasn't worked, and it's a real shame because Patrick hates this drink.

Jason Demers: He doesn't drink coffee. The taste reminds him of soap.

Scott Hannan: He orders an espresso shot over ice and then makes a ghetto latte.

Justin Braun: He can't drink coffee, since he's a supertaster.

Joe Pavelski: Pumpkin spice latte. If that isn't in season, then nothing. 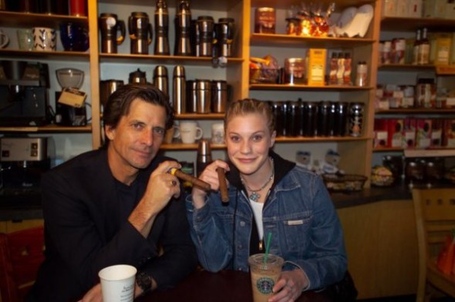 The New York Rangers are still around, huh? Good for them.

Prediction: The Rangers are in for a world of Hertl.

Video Gamery: My 80th favorite video game is Golden Axe. I only owned the first one, but I played the hell out of it. It was one of the first games that I played that actually had co-op play, and it was awesome.

If you think about it, the little elf guys that visit your characters at the campfire in between levels of Golden Axe were kind of the baristas of the Golden Axe world.