Share All sharing options for: Los Angeles Kings Gameday: Guess Who's Back! 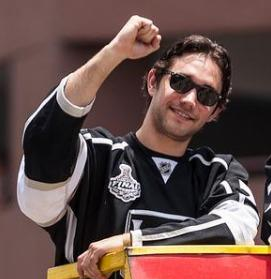 It comes at Jake Muzzin's expense. Muzzin, according to his coach, has struggled mightily to start this season. So much so that Darryl Sutter is pinning losses on the kid. In fact as Sutter put it,

Probably shouldn’t have played him the first game.

Enlightening. But it only took three games for Darryl to realize that, even if it seems a bit harsh of a review to us commoners. Sutter went on to mention Muzzin's rotten +/- and costly turnovers. Kind of like Doughty and Voynov in that last one, but oh well. It's rather pandemic through the defensive corps to start the year, so while it may be unfair to Muzzin, there's no way Sutter benches anyone else (though obviously everyone would prefer it to be Regehr). Instead Muzzin will be likely be out this next game against the Senators, and the 50th best defensemen in the NHL will be forced to take a seat. But look on the bright side Jake! Still 50th best! There's lots of things that are the 50th best to be proud of. Like, oh, say...

The 50th best forward in the NHL as determined by ESPN, Ryan Nugent-Hopkins!

"Nuge", as he is known, was ranked pretty high up by the NHL-following ESPN folk. So look, there's someone else that has a ridiculous sounding last name there also! 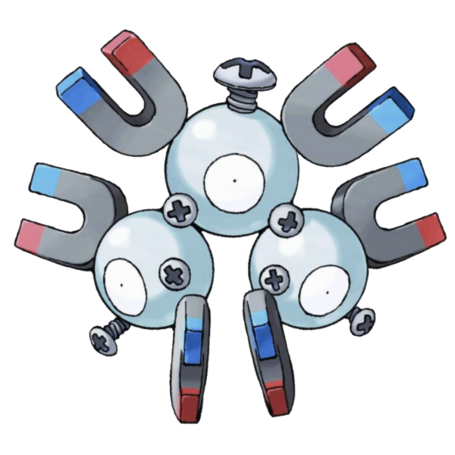 Everyone remembers Magneton! He was, um, magnets. Like a lot of them. Stuck together because, you know, magnetism and science and shit. He used electric moves and was all "BZZZZZZZT" probably. It evolves from a single magnet, as around this point the people making the game were running low on ideas and just kind of phoned this one in. But it was powerful. Statistically speaking that is. This thing isn't endearing at all. Maybe not even like statistically strong like Jolteon or Zapdos or something, and it isn't memorable like Pikachu, but hey?

The 50th top job in the state of Indiana, a dentist!

Yep, a dentist! Forget being a boilermaker or truck driver, which apparently are in higher demand in the Hoosier (what a dumbshit nickname) state. Now you can be like the elf in Rudolph the Red Nosed Reindeer and ditch your job of being a thankless hockey player under Darryl Sutter and fix the teeth of the people you used to work with! Irony! Did you know magnets attract iron? The top 50 is a tight knit group it looks like. 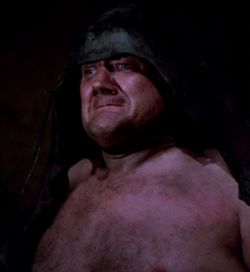 Remember this guy? He owned a rancor, which are badass. It eats that alien chick at Jabba's place, and then the Gamorrean who fell in by accident, and it tries to kill Luke. Instead Luke stabs the rancor in the mouth with a spear or something and crushes it with a door. Yeah, that scene was awesome. Oh! And then Luke is to be executed with Han and Chewbacca into the Sarlacc pit, but then Lando busts out, and Luke starts mowing down chumps left and right, and escapes with Leia, and the hover-boat thing explodes after Leia chokes out Jabba, and-

I appear to have gotten off topic. This guy took care of the rancor. He is fat and he cried. 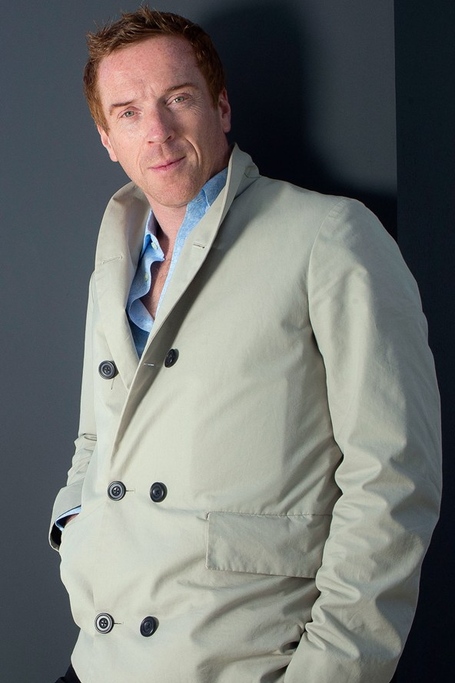 Homeland is (was) a pretty good show. Mr. Damian Lewis has been a breakout star on the series, and his stunning good looks have been a welcomed presence on the screen. This beefcake was also in Band of Brothers with the dude from Office Space. Sure he may not be a Jared Leto or a Charlie Hunnam, but he still has that reassuring look that everything will be okay. Aw, thanks Damian, just hold me a little while longer...

Um, what were we talking about?

Texas is a shit hole.

Nobody cares about Ottawa. It's the capital of Canada if you really give a shit. Who knew? Blah blah blah Bobby Ryan is back. However, there are new lines! Whee! Of course Sutter said these probably aren't an indicator of what's to come, but screw that.

Sutter should be institutionalized if he takes Dustin Brown out in place of Dwight King, and I don't think he will. Okay good, moving on.

The search for the elusive left wing with Mike Richards and Jeff Carter continues. Now the return of former Flyers linemate, Gorilla Salad Carcillo, has a shot. God help us all.

I actually like this combination. I don't know why, seeing how Kyle Clifford and Trevor Lewis have the worst hands on the team. Would I like the line more if Tyler Toffoli was on it? Yeah. However, with crazy McEat My Own Face at the helm, I don't think that is occurring soon.

Jarret Stoll is quickly losing ground in the Kings organization. The fourth line should be better theoretically, so go ahead, whatever.

Drew Doughty had probably the worst game I have seen him play. Jake Muzzin got benched. Because you don't bench Drew Doughty. You bench Robyn Regehr, c'mon Sutter.

Last night was also one of the worst games I saw Slava Voynov play. Like Doughty, you don't bench him, and he'll probably bounce back.

Prediction: Kings win with all the goals and the Senators with none of the goals. All thanks to Alec Martinez.