Today we're going to talk about the National Security Agency.

Okay so if you're still reading this then the NSA has apparently NOT shut down Battle of California and seized your computer, so that's good news. It's a big mistake on their part, though, because today we're going to do some serious snooping and we're going to get to the bottom of one of the NSA's top-secret programs.

To get you up to speed, I recommend you read this NPR article. But since we probably don't have much time before we get shut down, I'll give you the highlights here:

What do the following words have in common?

The answer? They're all NSA code words.

Edward Snowden, the former NSA contractor, leaked thousands of documents about some of the most secretive programs run by the U.S. government. So secret, they're all given classified names.

You may have heard of PRISM, the name of the secret NSA program that vacuums up Internet communications. Turns out just about everything else at the world's biggest spy agency has its own code word.

Got all that? Good.

So, the obvious question is...what is SHARKFINN?

Clearly it must be something cool and important, because why else would it have such an awesome codename? It's practically a law of the universe that everything becomes cooler when sharks are involved, so when you combine sharks with spy stuff we have got to be talking about some seriously kickass shit.

Come with me down the rabbit hole, won't you?

THEORY #1: SHARKFINN IS A PROGRAM DESIGNED TO SPY ON ANTTI NIEMI

This is a little complex, but try to keep up with my reasoning, okay?

SHARK = The San Jose Sharks, because what else could it possibly be?

FINN = Finnish, as in the nationality.

And WHO is the only Finnish player currently on the Sharks?

Once we have these puzzle pieces sorted out, the rest is easy. Everyone knows the NSA loves spying on people, so SHARKFINN would naturally be some kind of spying program targeted specifically at Niemi. I'm just not sure WHY Niemi is such a valuable target for the NSA. Maybe he's the president of Finland? I mean, how would we possibly know, right? Or maybe the NSA has separate programs devoted to spying on EVERY Sharks player, and we just don't know about SHARKCANADIAN1, SHARKCANADIAN2, etc?

Regardless of the motivation, it's likely that the NSA is monitoring all of Antti Niemi's communications and activities. They probably listen to all his phone calls, watch him in the locker room, and they might even have a camera inside his goalie helmet, pointing at his face! 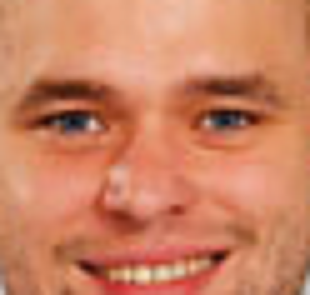 Now I know that some people might say that the idea of a 24-7 spy network devoted to an NHL goalie sounds crazy, but you know what? That's exactly what an NSA COINTELPRO agent would say, you filthy fascist!

THEORY #2: SHARKFINN IS SOMETHING ELSE

To be honest, I'm pretty sure I've already nailed the whole SHARKFINN thing with theory number one, but I guess I should try and come up with one alternate theory anyway, right?

Well, as it turns out, you can actually find out a bunch of stuff about SHARKFINN just by Googling "NSA SHARKFINN." Maybe I should have tried that earlier.

This article mentions "SHARKFIN" with one "N" (so it's possibly a different program than the Niemi thing) and reveals the following information:

A high-capacity/high-speed vacuum cleaner once called SHARKFIN and renamed RC-10, sweeps up all-source communications intelligence (COMINT) from a variety of communication methods and systems.

So SHARKFINN might be some kind of super-powerful vacuum cleaner I guess? But that seems dumb because there is already a vacuum company called "Shark," so I don't know how much credibility we can give this report.

Googling also brought me to this diagram, which looks like it might actually be something official or important that the public is MAYBE not supposed to be seeing. On this maybe-secret map, SHARKFINN shows up alongside other programs like "BROKENTIGO," "TURMOIL," and "EGOTISTICAL GOAT / EGOTISTICAL GIRAFFE" (boy I'd sure love to find out the story behind the GOAT/GIRAFFE split, wouldn't you?). All of these fall under the heading of "CNO Tools," which further googling tells me have to do with "Computer Network Operations." That in turn is part of "TAO network penetrations" and that's a "COLLECTION MECHANISM" and on and on from there.

So I guess maybe "SHARKFINN" is one of those tools the NSA uses to spy on all our Facebook accounts or something?

Prediction: I get arrested and this article disappears from the web.

Video Gamery: My 64th-favorite video game is Far Cry 2. I never beat it, but I really liked the African setting and the totally open world and gameplay.