Los Angeles Kings Gameday: What Would Avery Do?

Share All sharing options for: Los Angeles Kings Gameday: What Would Avery Do?

Throughout time there has been a number of "Christ-like" figures. Buddha, Odysseus, Heracles, Superman, Santa Claus. Hockey has their own: Sean Avery. Before you claim Avery to be the antichrist instead, hear me out. The guy was know for being controversial during his time. He was doing things differently, going against the grain, and the people in charge didn't like it. And he did it for us. To entertain us. He was prosecuted by the league. They were looking for anything to crucify him over. They finally got it for a school yard taunt of "sloppy seconds." Which he was right about. Sometimes we don't like hearing the truth. But guess what? Someone has to tell it like it is. Whether it is Jesus or Sean Avery. 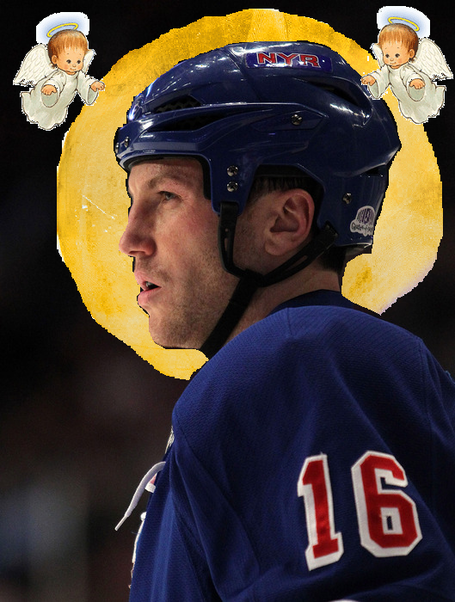 He was made a sacrifice to the masses. To assure we wouldn't see another of his kind. I guess we weren't just ready as a society for Avery. Sure enough, he rose again. And we were shocked. He was supposed to be done as a player, gone for good. But there he was. However it just wasn't the same and Sean knew it, too. So he did one more controversial act after trying to make it one last time, and chucked his skates into the Hudson River (or some other smelly shitcreek). And then he was gone.

We remember him though. I know I won't ever forget him. I was at the game where he scored a goal for the Kings and followed it up with some celebratory pushups. The scoreboard flashed a black and white picture of a beach and Avery, with the words "What Would Avery Do?" It made me think. Mostly that this was fucking awesome. But what would Avery do? I started applying this mantra to my everyday life, and I feel like it has bettered me as a person. Someone wants to go ahead of me in line at the grocery store because they only have five items and I have thirty? I stand in front of them, waving my arms, not allowing them to pass. Express lane my ass. My boss demands I show up on time for work? I make fun of his stupid lisp. Now I'm collecting severance pay. A friend asks me if it's okay to ask out an ex-girlfriend a year after we broke up? Whatever bro, there's no treads on those tires anymore. 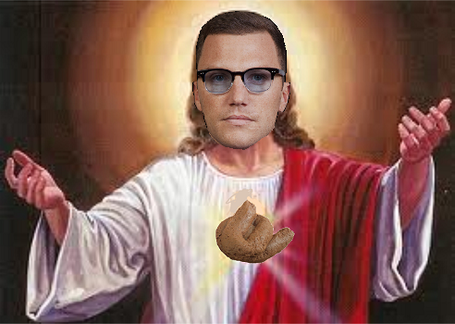 So this Sunday, as you sit in church reading Battle of California (TM) on your phone, ask yourself, "What would Avery do?" Then do the right thing. Slew foot an alter boy, punch the priest, grab the money from the collection plate, and storm out. Arms held high. Imploring the congregation to make some noise. For you go with Avery.

This is a particularly brutal road trip for the Kings. Injuries have piled up, and it's a rather condensed schedule of games for them. Still, they have picked up a decent number of points, despite not looking too hot at times. The Manchester kids took a backseat last game against the Devils, but it wasn't all that surprising. The Islanders tend to play an up tempo, wide open game. The Devils, well, don't. The game in Long Island was the type of game that Tyler Toffoli, Tanner Pearson, and Linden Vey would excel at, but in a grind it out type of game (i.e. New Jersey) their productivity was gonna drop. So oh well. Enough about that. Since it's a weekend post here, I'd figured I'd bore you all with standings done the right way. As in, three points for a win, two points for a shootout win, and a single point for a shootout loss. So, yeah, here:

Brown is the Pacific, blue is Conference III. The *PTS* is the points the team has under the stupid Bettman rules. I still don't like this system because the Sharks and Ducks are still at the top. The Jets are a very lucky team with the shootout, and the Avalanche deserve to be in first of their division (weird). Here's the fucking awful Eastern Conference:

Christmas theme! As you can see, the Metro division still sucks balls. The Sabres are still the worst. The Kings would still be in second place. This has all been pointless, but I'm sort of strung out on Vicodin because I wrecked my back, so yeah, whatever.

Prediction: Oh man, the colors...I guess beer was bad choice to wash down those pills.