DUCKS GAMEDAY: they got the devil all wrong

Jer asked me to do this...well BEGGED ME...since he has to to fill his brown people quota or they shut this blog down..I chose today since he offered a weekend post and no one reads BOC posts on the weekend..haha sucker whomever got that one..oh the ducks.. the Anaheim ducks vs the Evil Kevin Sellembys* aka the devils before we get to the game lets talk about the devil since were playing the devils. Hollywood does a good job showcasing the smug vain rudy kellyish side of him...but they always get depicting him wrong. lets take a look at some depictions

Share All sharing options for: DUCKS GAMEDAY: they got the devil all wrong

first off the most traditional look...now this is from the movie "Legend" im not even sure if hes suppose to be the devil in this movie..be he sure as hell looks it... 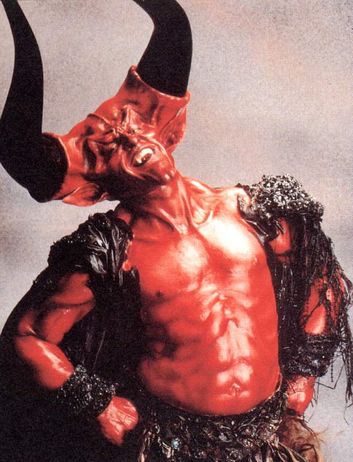 its tim curry..no seriously really listen to the voice

.. when you listen to too much morbid angel or slayer I assume this version of the devil appears in your room

but no wrong! thats not what satan looks like

how bout george burns in oh you devil? 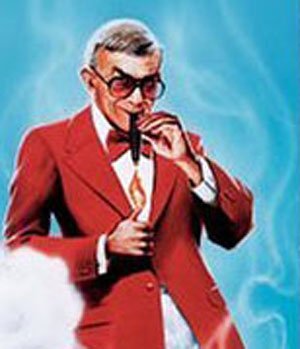 im the devil cuz i got red tinted glasses

entertaining version but no

viggo mortison from the prophecy?

this would be my satan...i dont get the appeal with this guy...why does he have mousse at all times in his hair in lord of the rings?....satan would take this form when i go down there..ripping my balls apart...and setting them on fire...making me watch Kings games...this could in fact be what Beelzebub looks like..

how bout the movie"devil"? great movie if you havent seen it..i wont spoil who it ends up being....they do show a flash of i guess the devil but it ends up being both cheesy and creepy at the same time...if thats possible...kind of like our own dunn

how bout tom watts in that movie where heath ledger died?... 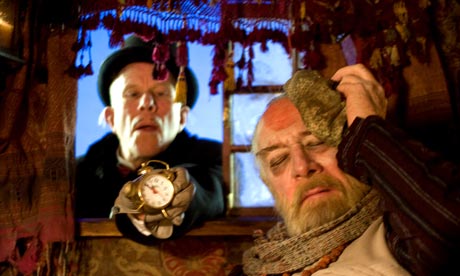 he was better in bram stokers dracula

now these last two are my favorite depictions..and they both depict the devil as an old man....why the fuck would the devil do that to himself? first off "LOU" from Constantine

....my favorite part is when time goes back to normal and Gaberiel who for some reason is played by tilda swedon a woman..who in turn looks like corey perry...sees LOU and says..."lucifer!...most un-clean"...and lou says.".i love all the old names" but no...satan would not make himself look like this

lastly...al pacino in the devils advocate...this to me is the movie that got it the closest...I mean..i could see the devil wanted to be as cool as pacino...are we negotiating?...always!....IM A FAN OF MAN!...what do u want? bliss on tap?.... 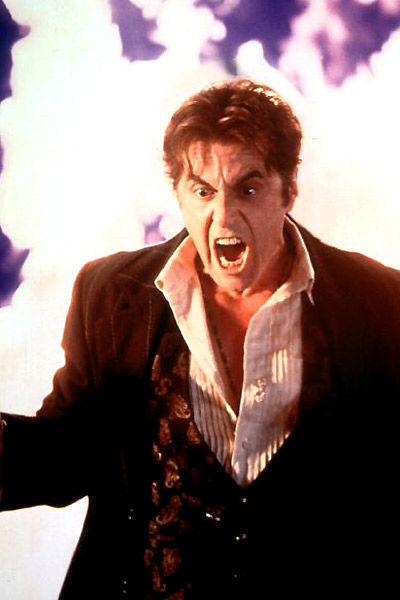 then at the end...spoiler alert...he turns into a traditional angel that looks like keenu reaves...now here..finally someone got it almost right

i mean hello...doesnt everyone know the story...lucifer...satan..the devil is a fallen angel..he was the most beautiful...gorgeous one ever... EVER why the fuck would he look like viggo mortison or tom watts? this my friends is what the devil actually looks like: 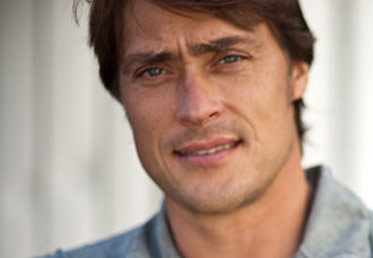 hi guys! i know u want it..i know u need it... come eat steak at my restaurant or else ill piss on your soul in hell

on to the game....the ducks haven't been good lately a lot of that has to do with the flu...lack of baldy....maybe some corsi bullshit..idk...the team is at there best offensively when there forechecking rock hard and on defense when there D men are thrusting that puck forward....now it pays not to overreact or be impatient on our players/team..(see Bryan Allen, Bob Murray) But im officially in the anti-hiller and anti-sbisa camp now...with better options for both...patience is not required. First Sbisa, the eyeball test...tells me he always the player waving his stick futility as the puck is going in our net...he of course has the worst +- on the team with -3...scary to think what it would have been if he had played more...all our other D men...yes Allen too...get the puck quickly up to the forwards...or eat the puck and wait for help or skate out of trouble..Sbisa usually panics and throws to the other team...Lovejoy kinda came in and took the good parts of Sbisa and added smart play...and made Sbisa expendable. Hiller well (see lighting game) he was left out to dry a couple times...but we need our goaltender to bail us out of stupid..and with firecrotch dutch and fasth..and gibson in the pipes..and his salary...just makes sense..to me...having 4 women in your bedroom also makes sense...but what makes sense isn't always what happens

now a package of the 2 swiss boys (sbisa is totally italian but whatever)...to some eastern conference team for some draft picks, maybe some serviceable player...

Yesterday Fasth has a shitty game...oye....then this:

ducks played great in the first..then took a siesta the next 2 periods...now ducks fans know what all the other 31 teams have been thru having to lose and suck...booo...fuck the world

lets get back to winning boys...GO DUCKS

*stole from mike chen he once called the ducks the "evil earl sleeks" pssst as if the ducks are evil...the sharks have raffi torres..had bryan marchment...the suter who concussed kariya..i rest my case