Watch as I fix everything

Things are bad for the Kings right now. They are a measly 56% in Fenwick, only fifth overall currently, and are a pathetic 9-6 which puts them in ninth. Fifteen games do not make a season, but can Los Angeles improve? Darryl Sutter is hardly looking like a capable coach, Dean Lombardi is making horrid decisions, and the identity of the Kings is missing. Yes, it is time to panic.

But fear not, Kings faithful. I am here to save the day yet again. I'm not just talking about changing the look of the Kings in terms of their jersey, but it's actually a good starting point. The current look is rather bland to say the least, and I really think that Los Angeles has a fairly identifiable set of colors to go with already. I mean, there is one team that is Los Angeles sports. I speak of course of Chivas USA. So here's the revamp: 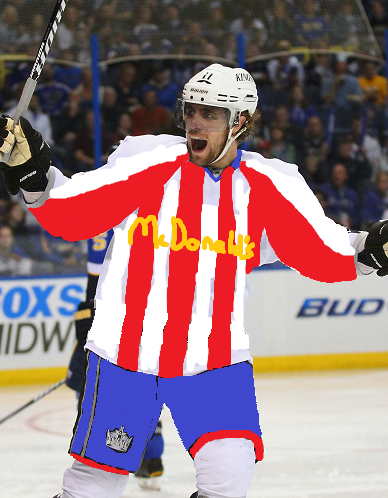 Eh? Not bad, right? Since people will be flocking to the Team LA store, I present my second grand step of my master plan: More statues! People love statues. Proven fact. So what I suggest is a statue of every retired King who has led the team in scoring each season. So not only will Luc Robitaille, Bernie Nicholls, and Marcel Dionne finally have statues out front, but so will Jason Allison, Jozef Stumpel, and Dmitri Khristich. You know. The Legends.

Obviously, the biggest question facing the team since there will now be butts in the seats is "can they win?" Currently we all know the answer: FUCK NO. 9-6 is awful and there is no hope in sight. Toffoli? Maybe. Vey? Not even good enough to start. Pearson? Maybe good enough for the minors. Say, now there's an idea! Send Tanner Pearson on over to the Kings' other minor league affiliate, the Philadelphia Flyers! They have one blue chip prospect ready to go in Claude Giroux. If the Kings give them Jonathan Quick and either Trevor Lewis, Daniel Carcillo, Colin Fraser, or Kyle Clifford it should be enough to convince that dip-shit Paul Holmgren to do the deal. Hell, Los Angeles will even give Steve Mason a new home in exchange for Jarret Stoll to sweeten the offer. Final product:

Sure it means that the Kings defense and goaltending takes a hit now, and an even worse one during the off-season when the contract extensions kick in for Dustin Brown and Giroux, but fuck that. OFFENSE! FORWARDS! SCORING! Don't think that deal still gets done? Give Holmgren draft picks. Doesn't matter how many. We're living in the present, dammit. Worried about that defense next year? No problem! Take a gander at this crop of names set to be free agents:

Veteran players AND they're affordable! What's not to love?

Now another big change will have to take place in management. I will clearly become general manager due to my patented "balls to the wall" style of business. I am also a great crackhead, so I can deal with the pesky media. As for coaches, I say it's time to clean house. I think it's best to take Darryl behind the barn and Ol' Yeller his ass. New coaches: Mayor John Hoven, Insider Jon Rosen, and statistician Robert from Jewels from the Crown. We can even get Rudy's corpse and prop it against a wall and use him as a goaltending consultant. Look alive there Scrivens! Imagine more word play! This is the world we will be living in soon.

Lastly, there is the Kings' song. I know everyone loves the "You are my sunshine" Divided/United/Provided/Lowtided jig, but this shanty will rock your fucking nuts off. It was written by my brother and two of his friends from our old neighborhood (they were a rap group by the way) when they were freshmen in high school. It was originally about Paola, one of theirs ex-girlfriends, so just replace her name with, I don't know, "Carter". Get ready to be blown away. Sorry Kevin (not really).

Bailey can stay. Congratulations Los Angeles. You can thank me later. Let's check in with things. 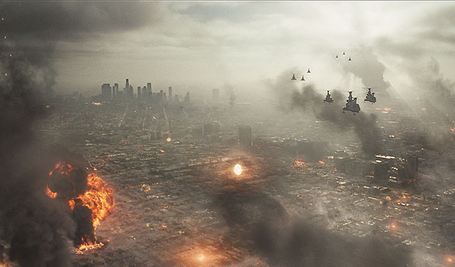 Hooray! I did it!

No one
@ Los Angeles Kings

There is no coverage. Stop reading this. There's no game today. I wasted your time. Haha fuck you