Why won't Yeezus go to Vancouver?

Kanye West is a really polarizing type of guy. He's egotistical, rude, and, as described by Barack Obama, "a jackass". And this same Yeezus wants nothing to do with Vancouver. Three times over in fact. It was actually the same show, rescheduled numerous times now, but Kanye finally decided to let Vancouver finish and just not show up at all. He blamed a traffic accident and then decided, "Eh, fuck it. They can get Nickleback." Perhaps the accident wrecked a van full of Kanye's fish sticks, I don't know. Anyways, he never apologized. And why should he? He's Kanye West! Vancouver? A shantytown with no sports titles.

So what's really with Kanye dissing Vancouver? Is it because Taylor Swift is loved there? Is it because Vancouver hates Asians, and Kanye really enjoys Panda Express? Are their riots not up to American standards for riots? Who knows? 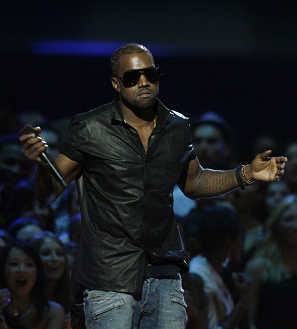 All I would expect at this point would be for Mr. Yeezus to announce that he finally found time to visit British Columbia, have fans show up, then just vent his condensed farts through the vents for the next three hours while they are locked in. It would be an improvement off his last album at least. Why do you think Kanye hates Vancouver and thinks they are fat, stupid, and ugly?

The Kings won and Jonathan Quick got a shutout and now we don't have to worry about him being bad or the Kings being bad and everything is happy. Hooray! Okay, so maybe things are not completely great, since it was only the Buffalo Sabres. And, really, who the hell loses to the Buffalo Sabres? Also of note, Linden Vey got to play. And he got to see an array of minutes in his first NHL game. Penalty killing, power plays, working with dead weight in the form of Jordan Nolan(t) and Daniel Carcillo, Vey saw it all. Looked pretty good, and since the Kings won, don't expect a change.

This is the first time the Kings have seen the Canucks since they have joined the best division that God has graciously bestowed upon us. And in a year where people seemed cool to write off the Canucks this seasom they have been not terrible so far. 11-5-2, and in the top ten with those crazy fancy stats. All without relying on the former Northwestern whipping boys. No, they just replaced them with Eastern Conference teams instead. Eleven games against the east, going 7-4, and two games against the Awful Albertas (TM). They won those two also. Every other game has apparently been against the San Jose Sharks.

Both teams are banged up. Both teams have been up and down as of late. It should be a close game, so naturally the Kings should dominate but still lose.

Prediction: 4-1 loss and we all go back to complaining about not scoring and saying Jonathan Quick sucks.