The 5 Funniest Hockey Tweets of the Week: Sharks Gameday Edition

It's a busy time of year.

Share All sharing options for: The 5 Funniest Hockey Tweets of the Week: Sharks Gameday Edition

Christmas is in two days, guys. If you still haven't gotten all the presents you need to buy, then you are a horrible, thoughtless person.

Here are the five funniest hockey-related tweets of the past week:

Clowe....Clowe....man, why does that name sound familiar?

@TravisSBN I can read articles on sbnation but I don't think anyone can comment. Tell whoever's fixing it to stop, this is great

It truly was a Christmas miracle.

Dustin Brown hates cats twice as much as he hates humans because his hate is based on the number of knees a thing has.

Wilson could have jumped inside Schenn's body and exploded the code like Neo in the Matrix and his teammates would be like, "Seems alright."

"Sometimes you get your code exploded. That's hockey. Gotta keep your head up."

Hoo Getzlaf's face is fucked up. Also he has stitches or something. 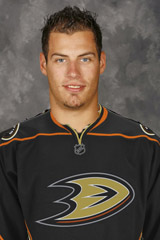 Was @TheNHLHumor funny this week?

You know what? It's the holidays. It's the time of year when we're supposed to be charitable, to forgive others, and to just generally be kind.

In that spirit, I'll give you all the greatest gift I can imagine: I won't share any of NHL Humor's shitty garbage tweets with you this week.

Video Gamery: My 46th-favorite video game is Luigi's Mansion. It was great to see Luigi finally have a chance to shine without that asshole Mario stealing all the attention.